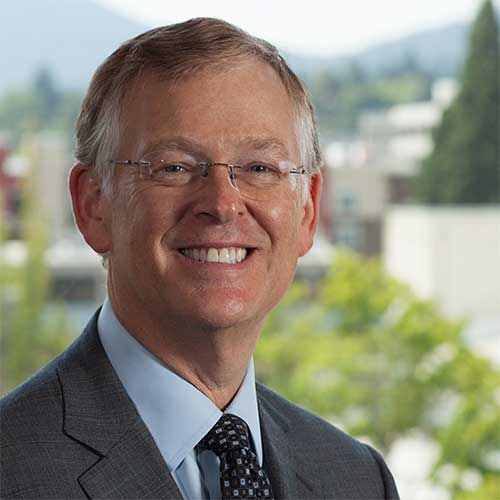 When asked about his personal approach to law and what drives his work, Don Corson is both pragmatic and philosophical. He is quick to admit that becoming a lawyer was not, in itself, a lifelong dream but that he went to law school out of a desire to make a bigger difference than his one voice could do alone. In the 1970s, Corson was an advocate for environmental issues but after graduating from the University of Oregon, he realized, “No one wants to pay attention to some kid fresh out of college with a Bachelor’s degree. You just do not have any gravitas. I thought, I’ll go to law school. Maybe I can do more to help people and have more of an impact as a lawyer.”

Decades later, his impact is nothing short of inspiring. Judge Henry Kantor noted that Corson “for many years has been willing to take on some of the toughest cases.” He represents those who have been seriously injured or killed by defective products and in industrial accidents, hospital system failures, serious vehicle crashes and other catastrophic incidents. Guardian Faith Morse said of Corson, “He has shown a deep and consistent commitment to injured people in need of legal representation. He takes on difficult cases and sees them through, even though sometimes it has required over a decade of effort through multiple trials and appeals.”

This dedication to his clients became evident from the start. Upon graduating first in his law school class in 1985, Corson went to work for Art Johnson. He admits “The truth is… it was something of an accident. I needed a job after law school and I have great respect for Art so I gave it a try and it hooked me.” One of Corson’s first cases involved taking on a vehicle manufacturer after a client died tragically when the gas cap on his RV malfunctioned and a geyser of fuel ignited. Corson was immediately hooked, as he says, on how the legal team was able to effect change and get the manufacturer to make their product safer. “Here you could work on one person’s case and make a difference for hundreds of thousands of people to avoid risk of harm, injury or death. And it is incredible,” he says.

Corson has gone on to represent countless clients who faced insurmountable odds and resources because of the negligence of others. To list them all would take pages. In each case, Corson has both taken risks and doggedly pursued justice for his clients, many of whom are still his friends today. For Corson, “the people come first. Always.” Corson & Johnson recently took on two new attorneys and he recalls sitting down to write long, personal letters for each about his thoughts on the practice of law. His fundamental philosophy is that every ounce of effort and work on a case is done for the client, and through that client, an attorney can help hundreds if not thousands more who might otherwise be harmed in the future. He emphasizes the need to outwork opponents because of a broader social call to protect individuals and the communities we live in. Judy Snyder says of Corson, “My strongest impression of Don is the compassion with which he approaches his clients, the commitment he demonstrates for their cases and the consistent humility he shows after prevailing with substantial verdicts, time after time after time.”

It is not only success that has marked his career, however. Corson will be the first to tell you he has lost and remembers each loss vividly. His internal memos following these cases are richer and more insightful than those following a win because he believes you learn more from a loss than in any other circumstance. A quote from Greek author Nikos Kazantzakis, “Thank you for taking me where I did not want to go,” is his response when asked about his guiding philosophy when facing a loss. His colleagues refer to him as humble, a characteristic not often used in reference to a trial attorney with so long and impressive resume as Don Corson. In the courtroom and outside, he is respected for his professionalism. Judge Kantor says, “Throughout his career, Don has proved himself to be a lawyer’s lawyer. Judges and juries alike respect and admire him… He sets a very high standard for ethics and professionalism.”

It is perhaps his attitude towards his clients that best illustrates his character. His recommendation to young lawyers:

“I tell people they need to fall a little bit in love with their clients. Not romantically, but you need to care about them as people. That’s what will bring you pleasure and joy in this work. My happiest moments are when I’ve worked hard for a client and really helped them. That’s the best thing you can hope for in this or in any work.”

Corson has particular regard for a Harry Philo quote: “The law is never settled until it is settled right. It is never right until it is just, and it is never just until it serves society to the fullest.” In Corson’s own words, “The interests that are aligned against justice are formidable and relentless. It is our job to keep the envelope of justice as broad as possible.”

Outside of the practice of law, Corson tries to live by these quotes and by the idea of being excellent to others. He enjoys hiking, mountain biking, travelling and time with his family. He also has a passion for photography and creates photo books for his family. His colleagues and friends know he is a kind and generous friend and an unwavering advocate for justice. Corson with his wife and law partner Lara Johnson. 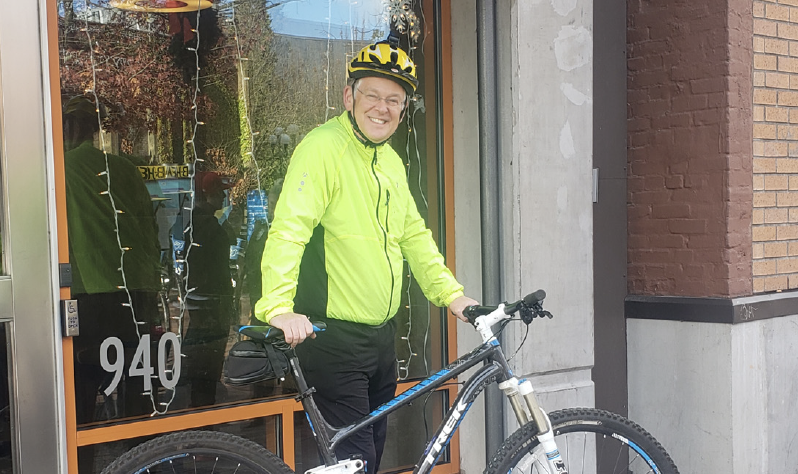 Corson, an avid cyclist, gets ready for a ride from his Eugene office.