DO YOU HAVE A CASE?Text or Call Us 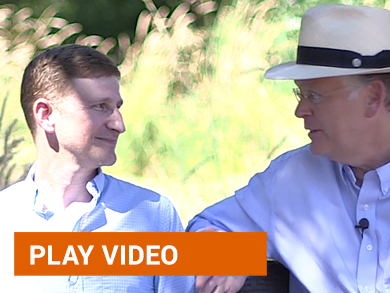 This segment of The Law and You features Eugene, Oregon personal injury trial lawyer Don Corson speaking about a case where he helped a man involved in a bicycle-car collision fight back against an insurance company who accused him of wrongdoing.

JOEL: This is Joel Block for The Law and You with Eugene attorney Don Corson. Don, you had an interesting case involving a bicycle-car collision in which the cyclist was accused of going too fast.

DON: Joel, it was interesting. A young man named Ryan came into our office with a broken jaw and a neck brace for seven broken neck bones. He had been riding his bike when an oncoming car made a sudden turn directly in front of him, and they crashed. The driver’s insurance company said that Ryan was going too fast on his bike, and they would not pay for his full medical bills or other losses. His doctor suggested he talk to our firm. In our investigation, we talked with numerous witnesses as well as an accident reconstruction expert. Since Ryan was a triathlete, he also had a computer on his bike that confirmed he was not speeding. The evidence was overwhelming in Ryan’s favor, and the insurance company eventually had to settle rather than face a jury trial.

JOEL: Thanks, Don. You can watch Ryan’s story at CorsonJohnsonLaw.com. The Law and You is part of Corson & Johnson’s work to Make Communities Safer.

The Corson & Johnson Law Firm, a Eugene, Oregon personal injury trial law firm, produced and distributed The Law and You as a public service to help families and consumers answer questions about our legal system and how it works for them. The Law and You spots were aired on KKNU, KMGE, KEUG, and KODZ in Eugene, Oregon. If you have legal questions or topics you would like addressed on our website, please contact us.