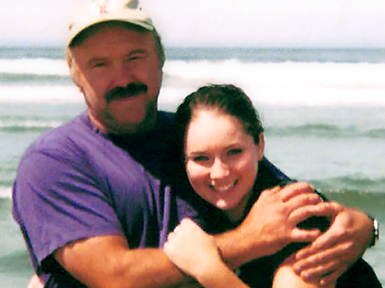 For over 30 years, Don Corson has represented people who suffered brain injuries from industrial and utility accidents, medical negligence, and trucking and other major vehicle collisions. He presented his discoveries to the Brain Injury Alliance of Oregon, a coalition of medical and clinical practitioners, attorneys, researchers and service providers. This article appeared in Fall 2016 edition of Trial Lawyer and is reprinted with permission by the Oregon Trial Lawyers Assn (OTLA). He is a past president of OTLA and contributes to the OTLA Guardians of Civil Justice.

There is no such thing as a typical brain injury. Each injury, each human being, each set of circumstances resulting in injury and loss is unique. But one thing all brain injuries have in common, no matter what the cause or source, is the damage to the brain cells and structures is generally invisible to an outside observer. Some brain injuries can be shown on radiology images, but they are often confusing shades of gray with unfamiliar white spots or dark areas. Neuropsychological test data can be made visual in certain respects, but it is not a highly visual form of evidence in the form we first see it.

When injuries are visible, a jury is more likely to understand the losses. However, when a brain-injured person appears to walk and talk normally, jurors at first cannot “see” the injuries. Many of our cases are like that. Lee’s was not. Lee’s brain injury left him unable to walk on his own and with his left hand permanently clawed. He had memory and other cognitive losses, and emotional difficulties, although for short periods of time he could seem mentally better than he actually was.

There is a double standard in the law. On behalf of the injured person, we have to offer scientifically supported evidence that the negligence (here, the medication overdose) caused the harm (here, the brain injury and resulting losses). The defense is allowed to argue that it could have been this, it possibly could have been that, and so on. In other words, the defense seeks to sow enough seeds of doubt to confuse a jury. In Lee’s case, some of the defense seeds-of-doubt arguments were:

The neuroradiologist found what the images confirmed:

At the end of the neuroradiologist’s testimony, it was clear that low blood pressure during the surgery caused Lee’s brain injury. This left a significant part of the defense arguments effectively dead on arrival, although it did not stop the defense from hammering away for the better part of three weeks of trial.

At the end of any trial, all jurors can do — if they are persuaded they are legally obligated to help the injured person — is to assess money damages. How much should those damages be? Most of what a brain-injured person needs is not something the average citizen knows or has even thought about. On the economic side, one of the most important sources of information is the evidence presented in a minimum life care plan. The plan details what is needed, why it is needed, how much it costs and what would happen if the person did not get it. The plan is developed by a qualified life care planner who reads the records, meets with the injured person, sees their living situation and confers with one or more of the treating doctors.

In Lee’s case, the cost of providing the minimum level of humane care for the remainder of his life was huge. The economist’s testimony about income loss or loss of earning capacity was important, but was a much smaller number. The past medical bills in a case, if sufficiently large, can be important, but are often much smaller than the future number. Sadly, one of the factors holding down the cost of future care here was the treating physician’s conclusion that the brain injury had reduced Lee’s life expectancy. It’s an irony of the law that an injury so damaging as to shorten one’s life is “worth” less than an injury that requires care for a normal life span.

But what of the human harms and losses, those not captured by tax returns and projected future medical and care costs? Traditionally, attorneys representing injured people have often relied in part on the testimony of their own clients to help the jury assess human damages. But is that the right approach in this kind of a case, especially when a person has a brain injury so severe that it affects his or her memory and therefore the person’s ability to testify accurately?

We had Lee evaluated by an independent forensic psychologist, who concluded he was not mentally competent to testify. A person with that degree of brain disability also needs a fiduciary to protect their interests. The court later appointed a conservator for Lee. The conservator was able to explain to the jury his role, essentially to protect Lee and to manage his financial affairs to make sure any recovery would be used solely for Lee’s benefit for the remainder of his life.

Because Lee could not testify, it was an easy decision to not have him come to the courtroom. No good would have come from having him sit through the trial, essentially on display. A relatively small number of photographs, some short video clips and the testimony of people who knew him allowed the jury to assess Lee’s human harms and losses.

The public is given the impression a trial is the end of the case. Injured people eventually learn that a trial is just another step in the legal process. There may be appeals that go on for years, with the potential for another trial and uncertain outcomes. In the meantime, laws may change, the injured person’s day-to-day needs are not met, and they may go bankrupt or even die while waiting for a recovery.

One of the defendants in Lee’s case refused to negotiate at all up to and through the trial. Its first settlement discussions came after the verdict. The other defendant refused to negotiate until the month before trial and got serious only after the trial was over. Eventually, the case was settled, and the conservator was given the resources to make Lee’s life better.

One of my pleasures now is to be interrupted from other work with a text photo showing Lee in the passenger seat of his new wheelchair-accessible truck, to get a call from his wife about how much he enjoys his new power scooter or to hear about the remodeling of a new house so it is accessible for Lee with his disabilities.

In our professional careers, it may take years and thousands of hours to help just one person. Lee’s case was like that. But helping people is what we do, and making their lives better is one reason why we do it. When we help just one person with a case, we may also help save untold numbers of other people from injuries caused by similar preventable safety violations. We will never know who those other people are. But when we’re done, our best memories will be of helping people like Lee.