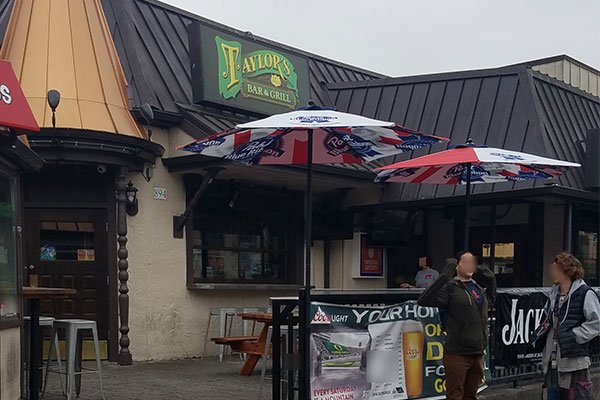 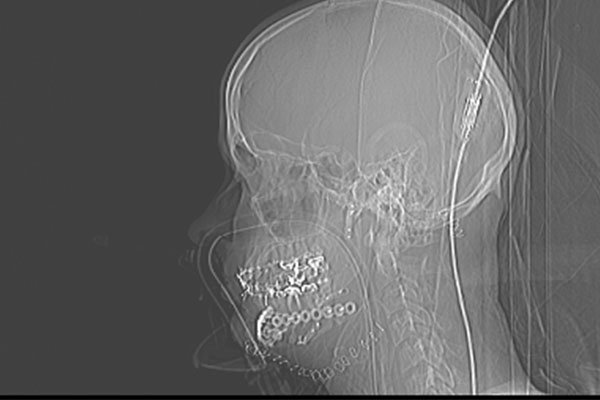 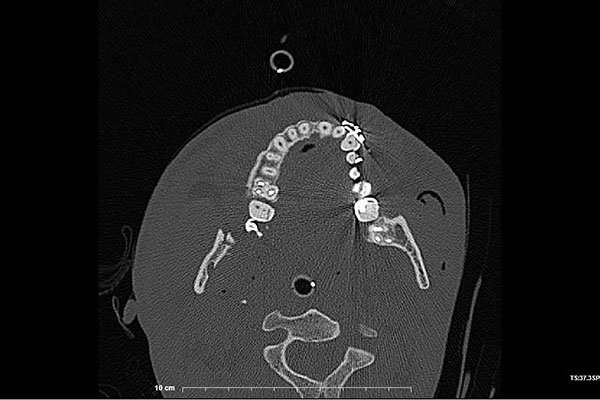 We represented a University of Oregon student for injuries he suffered at Taylor’s Bar and Grill next to the university campus one summer evening.

The student was from another country and was here to study business. While at Taylor’s, the student ran into an acquaintance who got upset that he had not said hello.  The two talked and the student brushed him away.  A Taylor’s employee intervened, and the student tried to explain what was going on and that they were okay.  The employee started to physically push the student out of Taylor’s, and then another employee jumped over the bar and put him in a “sleeper choke hold.”   The two employees can be seen on security camera video dragging the student’s skinny, limp, unconscious body out the front door through the crowd of other customers before going out of that camera’s view.

The student regained consciousness in a pool of his own blood, confused and angry, not knowing who had so severely injured him.  The footage from the Taylor’s security cameras positioned  above the blood was never disclosed, and the bar claimed that it did not exist. The student went to the Sacred Heart University District hospital.  The emergency room physician described his shattered jaw as “the worst she had ever seen.”  The student was next rushed by ambulance to Oregon Health Sciences University hospital in Portland, where a team of surgeons attempted to repair his mangled face.

After extensive medical care,  with medical expenses already in the substantial six figures, the young man still has a damaged face, with a misaligned jaw and missing teeth.  He will need further implants, bone grafting, and other care for his physical injuries.   He was also diagnosed with PTSD, with “severe anxiety and depression,” mood swings, irritability/anger, social isolation withdrawal, and appetite changes.  He had continuing problems with  dizziness, headaches, disturbances in taste and smell, impaired coordination, impaired concentration, and memory problems.  When he thinks too much about how his life has been changed and what he has lost, he can be uncontrollably angry.

Civil cases generally do not directly require a change.  Personal injury juries do not send wrongdoers to jail or take away licenses of those who should not hold them.  What makes the difference to public safety is that the process of holding wrongdoers accountable creates the risk to other potential wrongdoers that they could also be held accountable. That changes behavior and makes us all safer.

The incident that so severely injured the young business student was one of many dozens of bad things at Taylor’s, some done by Taylors staff.  We later cooperated with the Oregon Liquor Control Commission (OLCC) in its administrative work.  The Taylors employee who did the sleeper choke hold and who witnesses thought likely delivered the crushing force to the student’s face lost his liquor server license.  In the OLCC hearing, the other employee argued that he could not be held responsible for the conduct of his co-worker, and his license was not revoked.

Taylor’s itself continued in business until after a later fatal shooting, after which the OLCC finally decided not to renew the bar’s license, “due to a history of serious and persistent problems.”  While the business student’s case did not directly lead to the bar losing its license, by coming forward and assisting in the process, the young man helped to build a record against a mismanaged business that had a long history of serious harms to its customers.