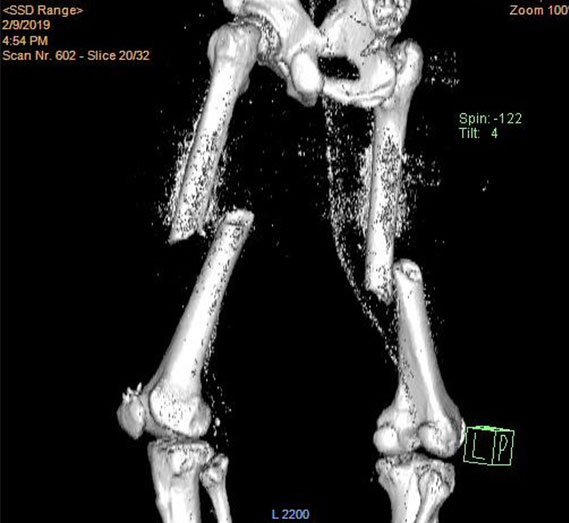 The Declaration of Independence says that among the foundational principles of our nation is the right to have to a government framework “most likely to effect . . . Safety and Happiness.”

The 7th Amendment to the U.S. Constitution, part of our Bill of Rights, preserves the right to jury trials in civil cases. Cases against manufacturers of unsafe products are one of the ways our legal system seeks to help effect the safety of our people.

Legal cases against unsafe products are critical to improving product safety. A recent Consumer Reports investigation confirmed what we’ve known for years: The Consumer Product Safety Commission system is broken and leaves unsuspecting consumers vulnerable to injuries and death from dangerous products. The courts are essentially the only way citizens can enforce their rights, and in enforcing their rights, they help all of us be safer.

The manufacturer of the truck in this case (its identity is disclosed in court filings, but is not mentioned here due to confidentiality provisions) knew its truck had dangerous design defects and did not correct the defects and did not warn against them. The truck was defective because it did not adequately protect its occupants in a foreseeable frontal collision. The truck did not have a crumple zone or other protecting structure to prevent unnecessary injury to its occupants. In other parts of the world, the manufacturer provided a front under-run protective device, reinforced doors, and reinforcements inside the front pillar to prevent injuries to the lower parts of occupant bodies. The front part of the truck and the truck’s occupant compartment were highly susceptible to failure in frontal collisions, resulting in catastrophic injuries. 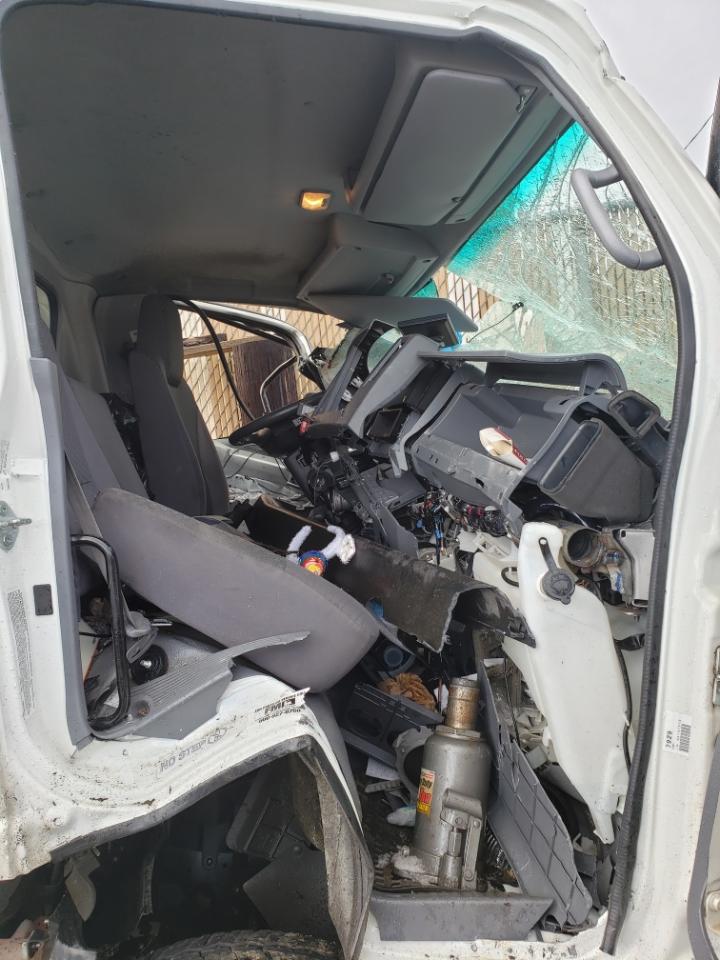 In February 2019, Rick and Kurt¹ were in the truck, driving south on Highway 101, a few miles south of Florence, Oregon. They were on the job, using the truck for deliveries, and both were wearing their seatbelts. It had just started to snow, and a car coming the opposing direction lost control, crossed the centerline, and struck the front of the truck. Due to the defective design of the truck, when the car hit, there was no occupant protection available to Rick and Kurt. The lower front half of the cab was crushed in, pinning the legs of both and entrapping them in the vehicle. Both men were bleeding profusely. Rick, a military veteran, fashioned a tourniquet from his belt to slow the bleeding. Emergency medical crews had to work to extricate both men from the truck before they were rushed by ambulance to the hospital. 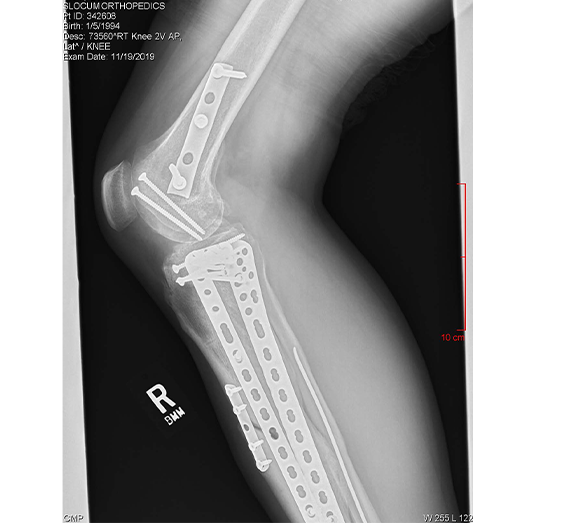 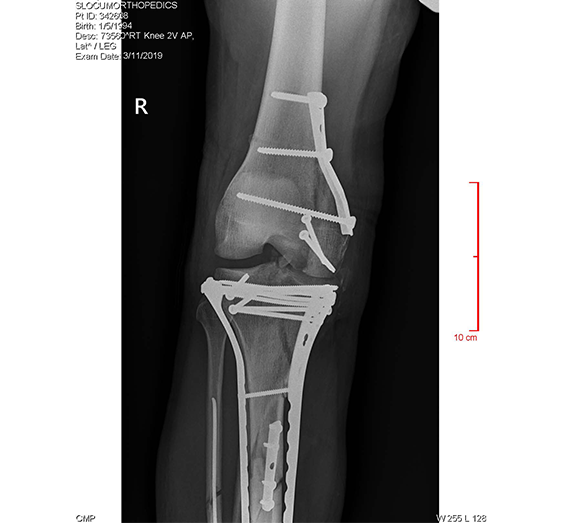 At the hospital, Kurt was found to have open fractures of both legs, and also had to be transferred to a trauma hospital that could provide a higher level of care. There, he was treated for injuries that included a left femoral neck fracture, a left mid femur fracture, a left patellar (kneecap) fracture, left foot fractures, and a right mid-femur fracture. 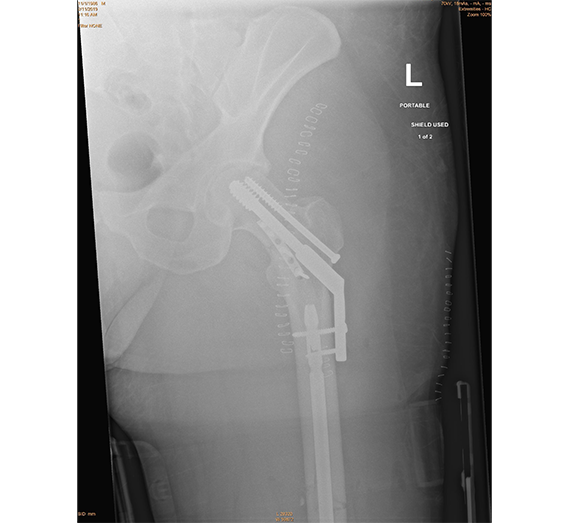 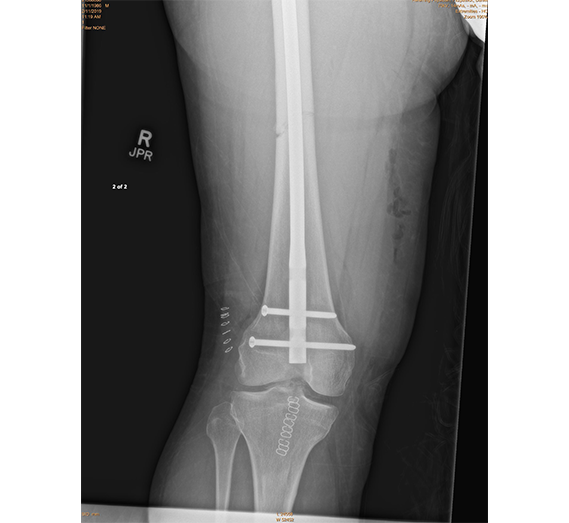 The injured young men brought a product liability lawsuit against the company that designed and manufactured the truck without adequate occupant safety features. Cases of this type are often called “crashworthiness” cases, because consumers have the right to expect that manufacturers will make reasonably safe products, including vehicles that can protect occupants in the kinds of crashes where other vehicles keep their occupants reasonably safe.

The young men were represented by Corson & Johnson, working together with product liability attorneys in Washington and in Kansas City. Litigation of this kind is highly technical, and requires the expertise of accident reconstructionists, biomechanical engineers, vehicle designers, experts in human kinematics, and experts in forensic pathology and other fields of medicine, as well as vocational experts.

Between them, Rick and Kurt had past and projected future medical bills in excess of $1.7 million, and each had substantial income loss, in addition to their human losses from pain, disability, and limitations in day to day activities. Both sides agreed to a mediation, at which time the cases settled on terms that require confidentiality of certain details, including the amounts of the settlements.

¹Their names have been changed to preserve confidentiality.