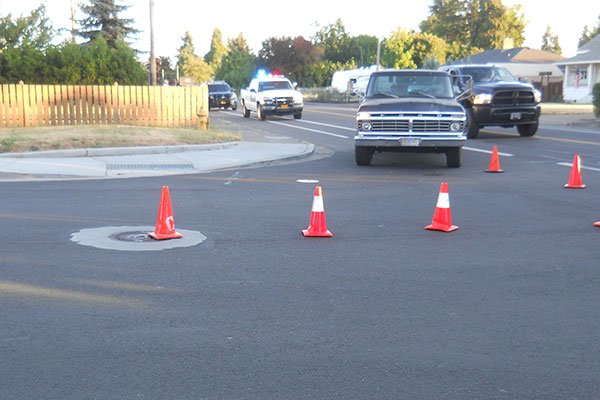 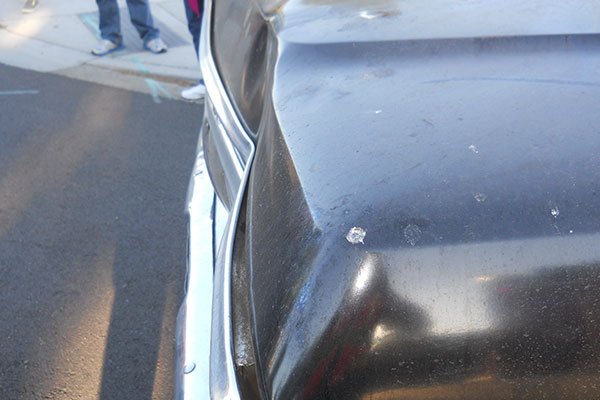 The impact caused the student to fly through the air, landing on the pavement.   Eugene Police and Eugene Fire Department were dispatched to the scene.  Upon their arrival, they found the student laying on the ground in front of the pickup truck. Photographs taken by law enforcement show the imprint of the student’s body on the truck hood and blood on the pavement.

The student was rushed from the scene by ambulance.  When he arrived at Sacred Heart Medical Center Riverbend, he was diagnosed with multiple facial fractures, a concussion, and other injuries.  He was  diagnosed by physical medicine physicians as suffering from traumatic brain injury, with cognitive impairment, memory problems, and difficulty concentrating caused by the concussion.

As is common with brain injury, the student experienced eye problems (blurred vision and decreased visual processing) and mood changes. He was prescribed medication for his mood changes and referred to a neuro-optometrist for assessment of his vision changes. Testing  confirmed the vision problems were from the student’s  brain injury and a fractured orbital socket.  Injury to the orbital structure can damage the optic nerve.

Facial fractures can continue to be painful.  Fractures to a jaw can cause the jaw to pop out of joint.  Allergies, colds, sinus infections can be painful to those with fractures involving bones involving the sinuses.  These were long-standing pain issues that the young man will have to deal with going forward.   Facial fractures can mean that the injured person’s face now looks uneven, asymmetrical, which can cause social anxiety and isolation, all of which are no easier for a teenager than a full adult.

The pickup truck driver was found to be intoxicated by Eugene Police and was placed under arrest.  The driver later pled guilty and was convicted of DUII.  Because of the student’s age and the traumatic brain damage, the settlement funds in this case were placed in part in an annuity to preserve the money for the young man when he got older and would continue to need services and assistance.