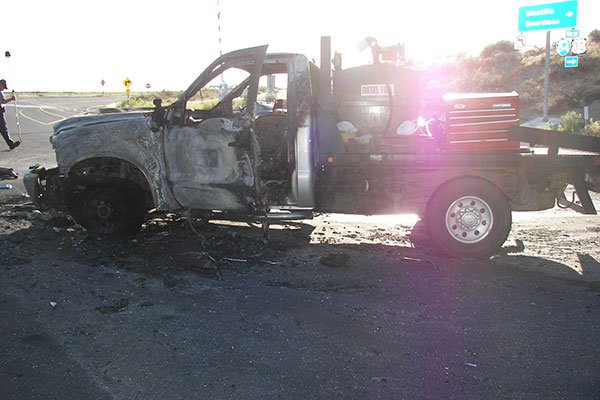 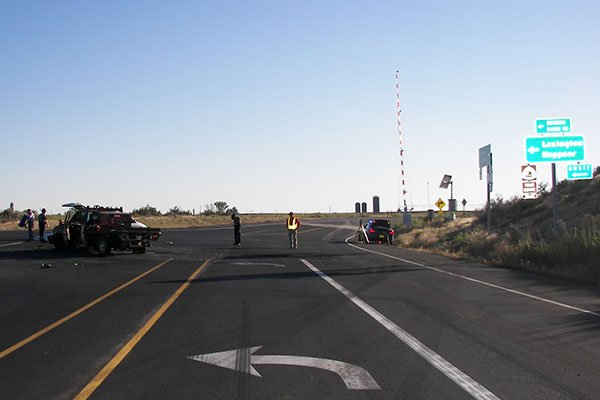 We were asked by an Eastern Oregon attorney to work on the wrongful death case of a motorcyclist who was just short of his 29th birthday when he was killed.

The driver’s license of the pickup truck driver had been suspended several times.  Such suspension periods includes two and a half years because of his failure to pass a blood alcohol test, a court order following a possession of a controlled substance conviction, a DUII conviction, and failure to comply with the terms of his DUII probation. There was another suspension for his failure to comply with another court order.

A police accident reconstructionist was called to the scene, and concluded that it was obvious what had happened.  Accordingly, the pickup truck driver was cited for a dangerous left turn.

The young man who was killed and his brother and two sisters were raised here in Oregon by their mother and father.  Growing up, he attended public schools in Klamath Falls, and later took two semesters of classes at Mt. Hood Community College in Gresham.  His father died while he was young.  He was especially close with his mother, and with one of his brothers.  He had lived with that brother and had helped raise his brother’s young son and daughter.  The motorcyclist did not live long enough to experience the birth of his own daughter, who was left to face life without the benefits of having a father.

The young man must have experienced a brief period of terror before the impact.  His was a horrible, fiery, and undoubtedly painful death.

When the parent of a young child is killed, the child loses the benefit of the parent’s love, presence, and guidance.  The largest losses to this man’s daughter are the human losses.  Scholarly research indicates that “daughters, especially eldest daughters, will be particularly disadvantaged after the loss of a parent.”

The child also loses the financial support of that parent, and the services the parent would have provided. At the time he was killed, this young man was working at a local company, where he drove a forklift.   We retained an independent economist who analyzed the loss of net income, taking into account the young man’s age and education, his recent earnings history, and the average wages of young men of similar age and backgrounds.  The economic analysis reduced for personal consumption, and then reduced to present value. In part because the man had most of his working years ahead of him, those economic losses were substantial.

To evaluate the loss of direct services to the surviving daughter, we retained a home economist, who based the analysis on data from the U. S. Department of Labor’s Bureau of Labor Statistics’s American Time Use Survey.  That survey includes information on the number of hours fathers spend providing direct services to their children. To make the most conservative (and therefore defensible) analysis, only the low end of the hourly time value was used.

Some Reflections About This Case

A major case such as this rarely resolves without litigation.  We filed this case in Multnomah County Circuit Court.  As so often occurs when a collision kills one driver, the other driver may try to create a self-serving story about what happens.  While the initial police investigation thought it was obvious what happened, in the lawsuit, the pickup truck driver and the insurance defense legal team tried to blame the motorcyclist.

We worked with an engineer who was a specialist in traffic collision reconstruction who painstakingly went over the scene, the photographs, the physical evidence, and the measurements.  That analysis showed that the collision was entirely the fault of the pickup truck driver.  The motorcyclist was in the right, and did not have time to react to avoid being hit.

Another common defense tactic is to attack the memory of the deceased person.  Here, the man on the motorcycle had some blemishes in his past, from when he was younger.  However, that’s something of a two way street.  In the course of the litigation we learned that the pickup truck driver was a registered predatory sex offender with a long list of convictions including rape in the third degree (twice), attempted rape in the first degree, attempted sexual abuse in the first degree, felon in possession of a firearm, possession of a controlled substance, assault in the fourth degree, criminal mischief, and driving under the influence of intoxicants.  Oregon courts have put substantial efforts into dealing with the pickup truck driver’s antisocial tendencies, including mandating that he undergo sex offender treatment, anger management, safe driving classes, and substance abuse treatment.  Considering the driver’s long record of contempt for the rules of the road and his persistent felonious behavior, it was astounding that the agricultural business entrusted him with the serious responsibility of driving a vehicle on behalf of the corporation.

The insurance company on the other side of the case eventually asked for a mediation.  The wrongful death case was resolved for $900,000.