Most motorcycle injury cases arise because of a collision between a motorcycle and another vehicle. This case was different.  Jessica wanted to learn how to safely ride a motorcycle, so she took a rider training class.  The parties responsible for the class had designed and  maintained a motorcycle training range that they used to instruct students enrolled in their basic rider training classes.  They directed Jessica, a novice motorcycle trainee, to ride on a non-standard training range that was next to an unnecessary fixed concrete hazard.  When Jessica hit the concrete hazard, she suffered catastrophic leg injuries, with medical bills well into the six figures.

The applicable design manual specifies that “the overall range area should be approximately 200’ x 300’.”  The training operation’s materials also provide that, “[t]hough there is some flexibility in range design and exercise location, there are certain considerations that MUST be addressed,” including that the “[s]urface must be paved and free of potholes and other hazards and obstacles.”  Failing to have a 200-foot by 300-foot overall range area that is free of obstacles and hazards creates unreasonable dangers to novice motorcycle riders.

The training operation’s overall range area in Jessica’s case was smaller than 200 feet by 300 feet, and it was not free of hazards and obstacles.  It contained a fixed concrete hazard on the southern side of the range.  The size, shape, location, and material of the hazard created an extreme and foreseeable danger to beginner motorcycle trainees. 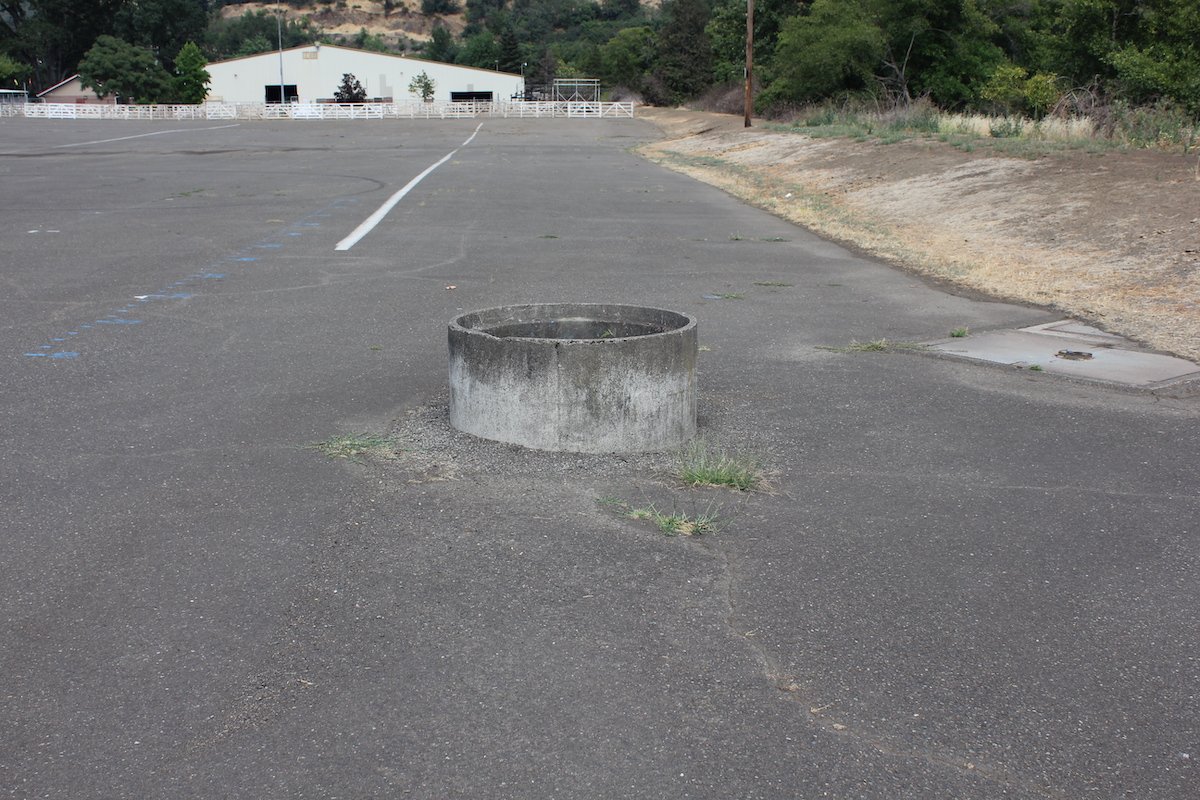 The range layout markings were non-standard

The training operation’s standards, which reflect national standards, required a 120-foot by 220-foot painted layout within the 200-foot by 300-foot overall range area.  The range layout was to contain specific measurements and markings that are used by the trainees when completing a series of standard exercises.  Deviations from those measurements can create unreasonable dangers to the motorcycle trainees when attempting to learn to safely ride motorcycles.

Shortening the length and width of the range area makes many of the exercises more difficult for novice motorcycle trainees.

Many of the exercises that trainees were required to perform involved driving motorcycles outside the painted range markings and into the runoff area.  The following two diagrams are examples of maneuvers that require the motorcycle trainees to drive deliberately outside the rectangular edges of the painted range layout and into the runoff area, which is within the overall “range area” (diagrams are from the training operation’s training range guide): 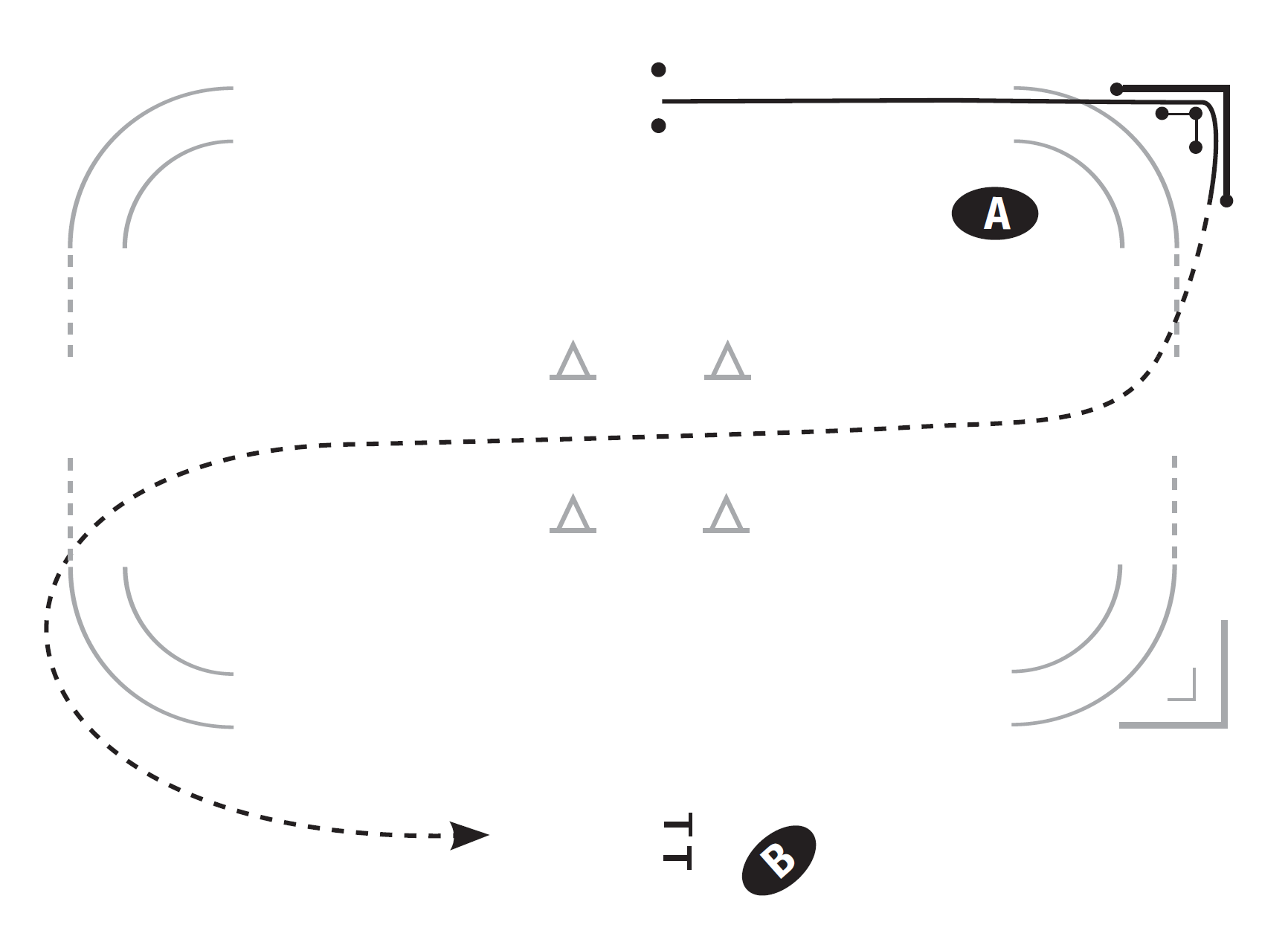 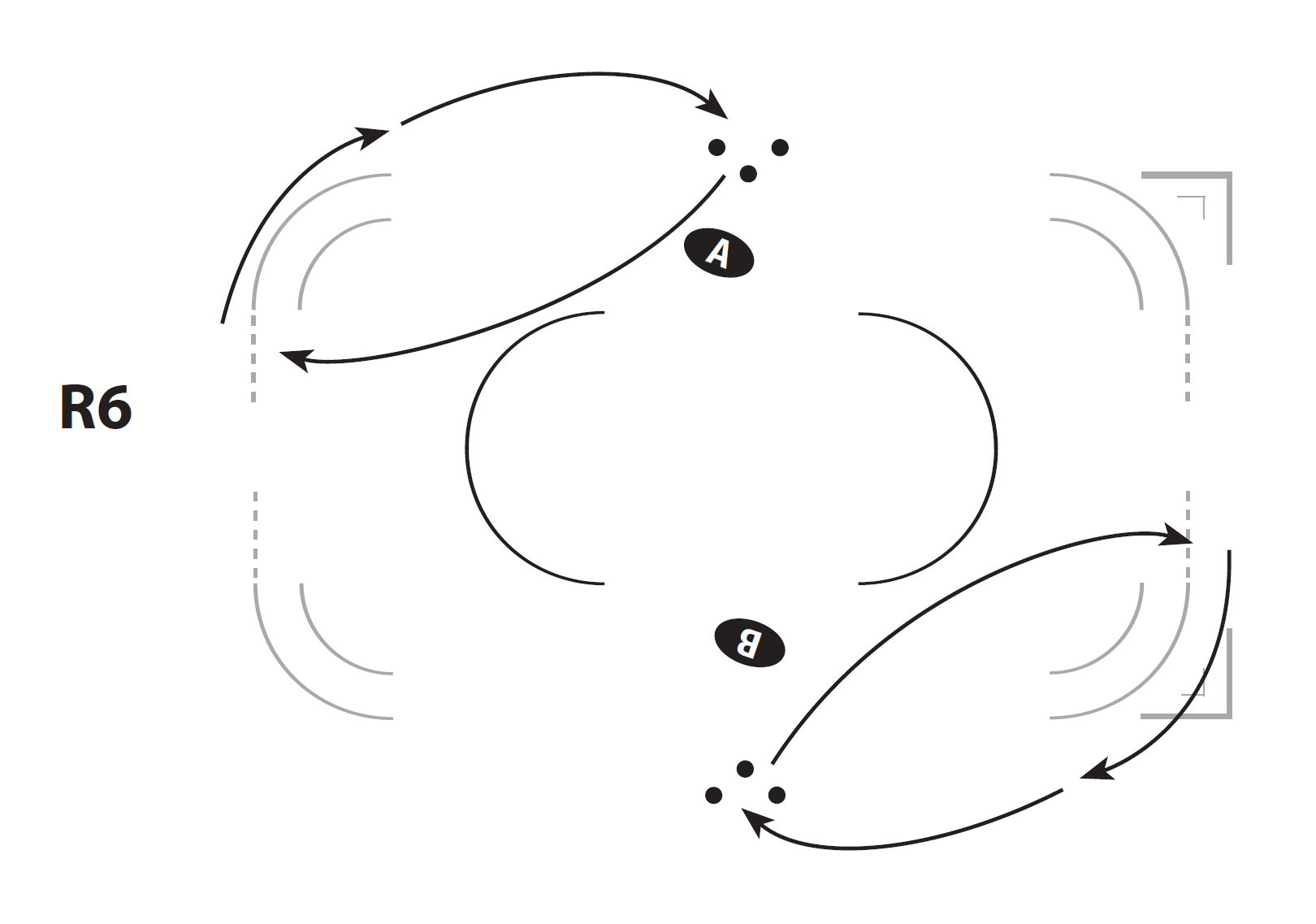 As is shown in this aerial photograph, the concrete hazard was next to the painted range markings: 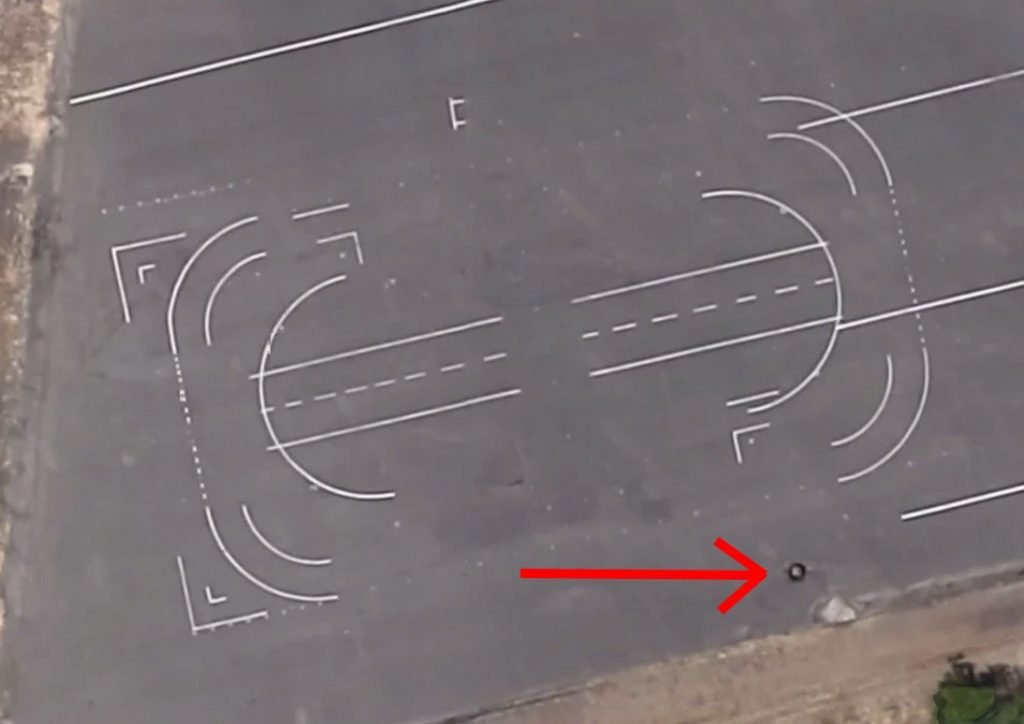 To complete the basic rider training program at this site, novice trainees were required to ride dangerously close to the fixed concrete hazard.  The following photos show trainees at this facility: 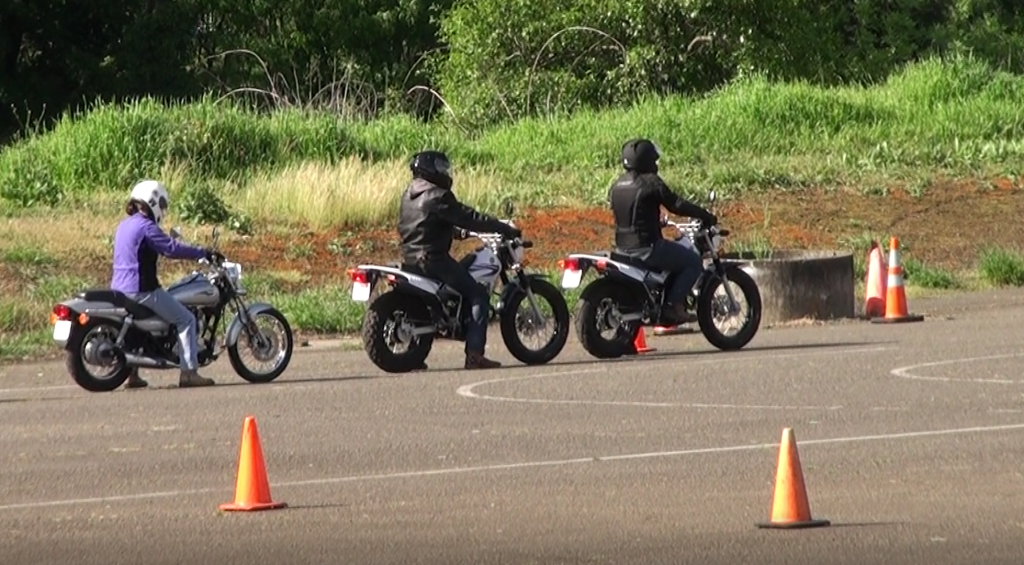 Jessica was injured when she was instructed to use this unreasonably dangerous range.

The training operation instructed Jessica, who had never operated a motorcycle before that day, to perform a series of exercises on the unsafe range.  They had Jessica and the other trainees complete introductory exercises, all of which were to follow specified procedures with defined routes, instructor locations, and instructor signals.  Then, they began “Exercise 9,” which starts by having the students ride in a roughly rectangular path around the inner range layout: 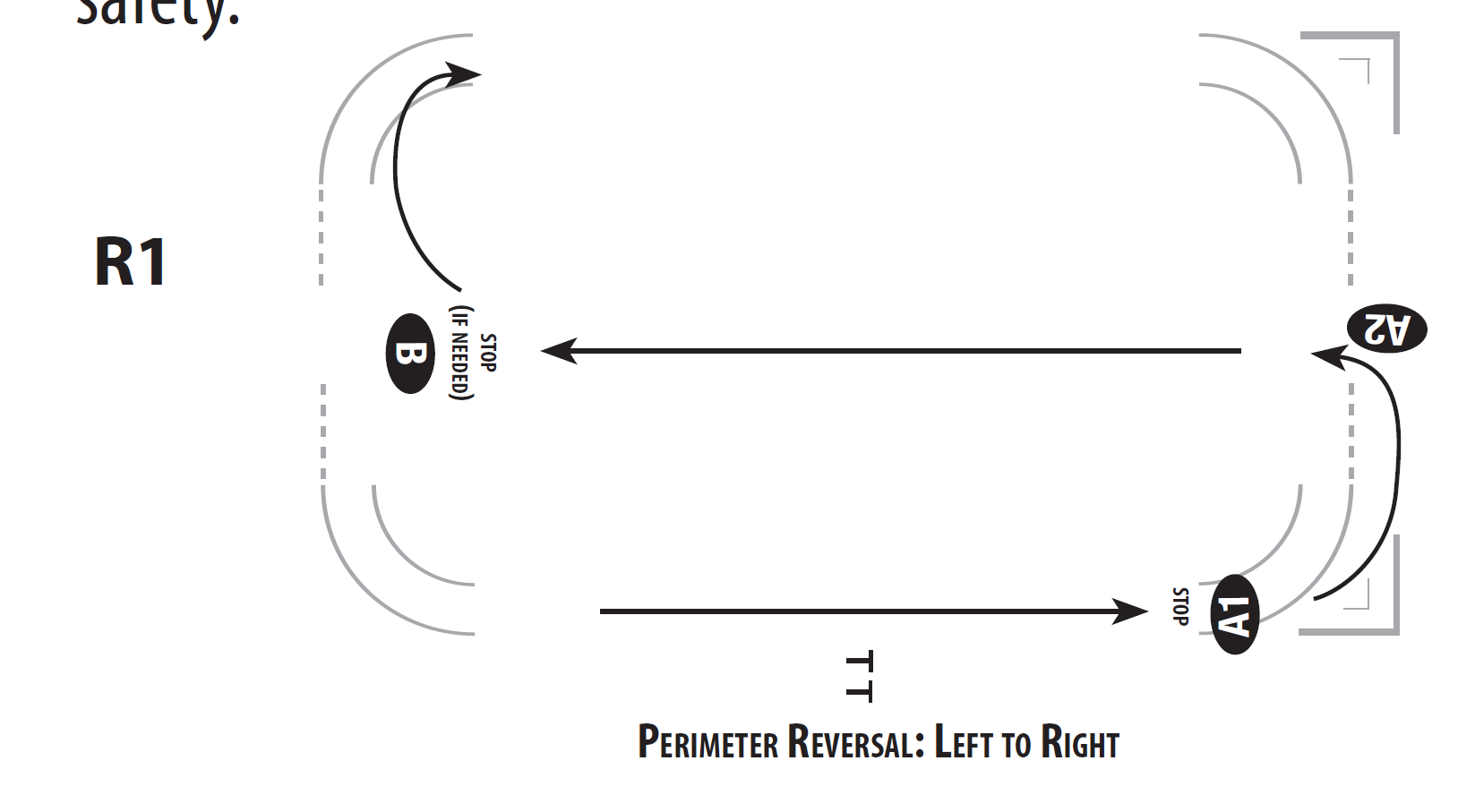 Halfway through, Exercise 9 requires a reversal of direction.  After the trainees ride one direction around the inner range layout for several minutes, they are required to perform Reversal 1 to begin riding the opposite direction. 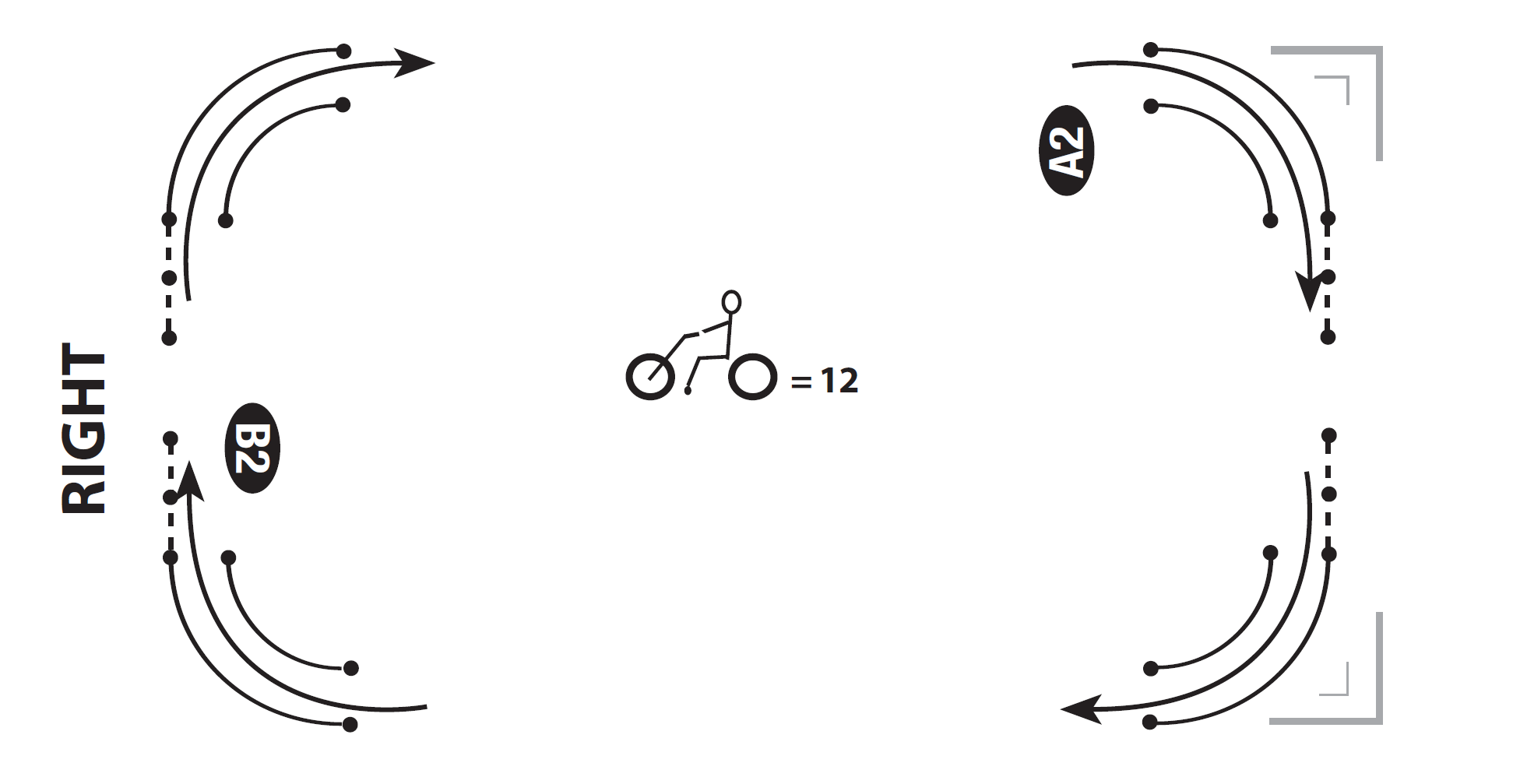 Exercise 9’s Reversal 1 maneuver required the other novice drivers to make a much tighter turn than the turns performed in any previous exercise.  Shortly before the collision, an instructor had told Jessica privately that she needed to speed up or she would be cut from the class.  An instructor stood in a non-approved location and used non-standard hand signals that Jessica  understood to require her to go faster during the reversal procedure.  Jessica had to turn her head to look at the out-of-position, motioning instructor, which caused her to momentarily take her eyes off the concrete hazard as she increased her speed.

Jessica did not turn tightly enough, and hit the concrete hazard.  An instructor completed a report of the incident.  His drawing is copied below: 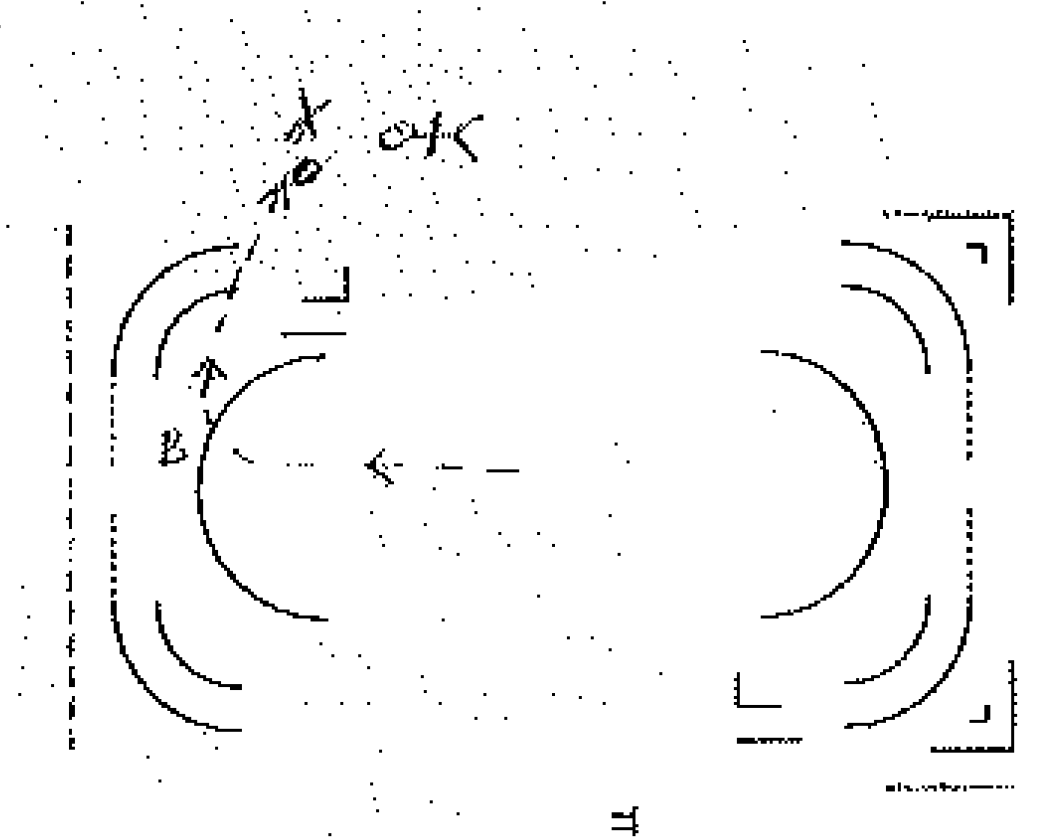 Jessica would not have been hurt if the training program had provided a safe range that complied with standards and did not have a dangerous concrete hazard on the side of the range, and if the instructors had followed their own rules and stood in the correct locations, used only approved hand signals, and not told Jessica she needed to go faster or be cut from the class.

Jessica has since undergone numerous other surgeries and procedures, which would require pages to describe. Surgeries within the first two weeks following the crash included:

Jessica suffered rhabdomyolysis requiring dialysis, required skin and bone grafting, and continues to suffer from drop foot.   The femur never healed, and she is at long-term risk of needing an amputation.

A glimpse at the human side of Jessica’s injuries

Jessica moved to Oregon with her child to start a new life.  She was then an attractive 45 year old woman who exercised and took care of her appearance.  Jessica enrolled in the motorcycle training class to safely learn a new activity and to meet people.  After her leg became so severely impaired, and with the weight she gained as a result, her chances of meeting another life partner were severely reduced.

During the lawsuit, the defendants took Jessica’s pre-trial testimony under oath.  She did an excellent job of explaining some of the ways this injury has affected her. Her child had to take on the responsibility of caring for her in some ways.  She is a self-employed person who had to turn down jobs because of the physicality required.  Jessica now has to walk with a crutch, and bring a wheelchair in her car in case she gets tired.  She uses a walker in her own house because she can’t carry anything that requires two hands (due to the crutch).  When in public, Jessica sees people staring at her deformities. 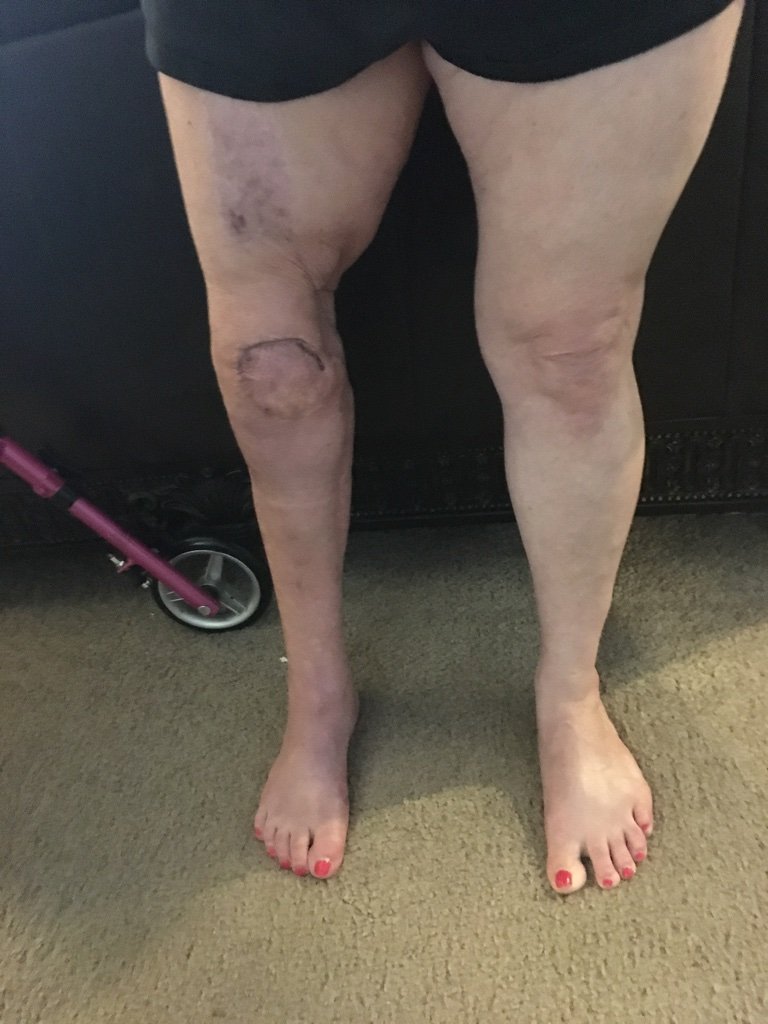