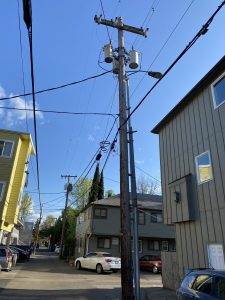 This case involved a Central Oregon worker who received severe, permanent electrical burn injuries to his head and elsewhere as a result of an inadvertent contact with a power line that was dangerously close to the building that they were preparing to paint. The man’s coworker was operating an aerial lift bucket next to the building; the power lines were so close to the building that they were in violation of the applicable provisions of the National Electric Safety Code (NESC). The case settled successfully after discovery of the power company’s pertinent internal records.