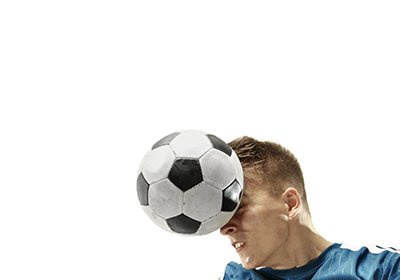 We were asked by a Denver law firm to work together to represent a professional soccer player who suffered permanent brain damage after he was sent back to play too soon after sustaining concussions.

As a contact sport, soccer poses a significant risk for head injuries. The team doctor and other on-site health professionals knew that.  But they didn’t follow Major League Soccer (MLS) protocols and international safety standards meant to keep players from suffering permanent brain damage by being returned to play prematurely.  The professional soccer player is paying a steep price for that.

The athlete had devoted his life to the game of soccer, and eventually became a MLS player.  After having a stellar first half of the season, the athlete sustained a concussion.  Immediately afterwards, the team’s head athletic trainer used a sideline concussion assessment tool called “SCAT2”  which showed the athlete then had 17 concussion symptoms.

The team head athletic trainer, working under the direction of the team physician, soon began a return to play protocol, but without first obtaining objective testing to ensure that no other concussion symptoms were present.   When an ImPACT test was done during that protocol, the soccer player was still experiencing five concussion symptoms.  The MLS standards required that they stop having the athlete do any exertion for 24 hours, rest, and go back a step in the protocol.  This was not done.  Instead, the team physician and athletic trainer did not allow the athlete to rest and pushed him through the return to play protocol and allowed him to exert while he still had concussion symptoms.

Several days later, a partner of the team physician cleared the athlete to play, based on the incorrect information that the athlete had not experienced any concussion symptoms for several days. That physician was not aware of the concerning results of the ImPACT test because of a lack of communication between the physicians.  The athlete should not have been cleared to fully return play and return to full competition because there was no objective testing done to confirm that it was safe for him to do so.

Two days later, during an away game, the soccer player either sustained a second concussion or aggravated his unresolved first concussion.   During the game, he had repeated hits to his head that should have had him removed from play, but they kept him in until he collapsed on the field and was rushed to the hospital.

Afterward, the athlete experienced and reported significant concussion symptoms.   During the time when the athlete was still suffering from concussion symptoms, the team physician permitted him to exercise.  This was in violation of the MLS Protocol and the published international standards for return to play decisions in concussions, which require rest until there are no more symptoms.  Allowing exertion while someone still has symptoms can increase and prolong symptoms and can result in a permanent traumatic brain damage.

An MRI showed that there was a lesion on the athlete’s brain which was potentially caused by a torque injury, in other words, there was swelling associated with a concussion.   The consulting neurologist stated that once the soccer player was symptom free, a repeat MRI should be done to see if the lesion had resolved.  The team physician never obtained a repeat MRI.

At the conclusion of the season, the athlete returned home, where he was still experiencing headaches.  When he returned for the following season in January, no one followed up with him regarding how the offseason went.  No SCAT2 test was completed.  Other objective tests for brain function were available, including balance, vestibular, and vision tests, but none of those were performed.  Instead, the team trainer put the athlete through the last several steps of the return to play protocol.  During this time, the trainer did not have the soccer player complete the SCAT2 symptom checklists to see if there was any reason to stop the protocol and exertion.  This was in violation of the MLS Protocol, which required SCAT2 symptom checklists to be completed daily.

Despite not having the appropriate testing, the team physician  cleared the athlete to full competition.  Two weeks later, the soccer player  had a ball hit his head during warm-ups, and suffered his third concussion (or another aggravation of his previous concussion that had not fully resolved).  This hit was minor but caused injury that was severe and career-ending.  The athlete now suffers from a permanent brain injury caused by the mismanagement of his concussions and premature return to play by those responsible for return to play protocols and decisions.

The soccer player’s case was litigated in Multnomah County Circuit Court, and settled before trial for a confidential amount.

This case emphasized the known signs of a sports-related traumatic brain injury, and when it’s safe to return to the field. By holding the responsible parties accountable, the risk of the same mistakes being made with other athletes are decreased.