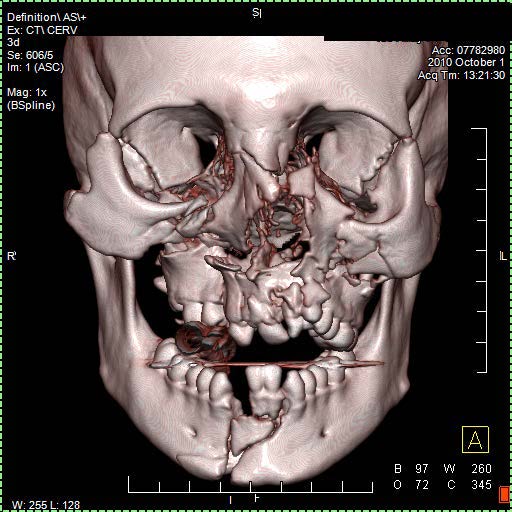 A foreign corporation’s bus crashed into the back of a family’s Honda Accord, causing both girls in the back seat to suffer severe injuries, including brain injuries, that required multiple surgeries.  Several others, including other in the car and on the bus, were also injured.

The collision happened in the morning, before school started. A full-sized school bus carrying children passengers in Southern Oregon was on a straight, level road with good visibility. The school bus driver had multiple medical problems, and had chosen to take drugs that can impair thinking, reaction time, and alertness.  One of the school bus driver’s medical problems was severe sleep apnea, a condition that can cause “microsleeps,” where the driver has multiple brief moments of unconsciousness.

On the morning of the crash, children on the school bus noticed that the driver seemed sleepy and unfocused.  He drifted off the road several times, and came dangerously close to hitting a jogger.  A video of the bus interior shows concerned student passengers looked down the aisle as the bus continued driving at rural highway speeds toward a Honda ahead of it on the road.  The Honda, which was stopped with its brake lights on and its left turn signal blinking, was waiting for oncoming traffic to pass before turning left to take the children the school. The video then shows the students bracing for the impending collision as the bus driver did not apply the brakes.  The bus then smashed into the rear of the Honda.

The force of the collision crushed the Honda all of the way up into the passenger compartment, essentially obliterating the rear third of the car.  Afterward, one girl’s head and face were smashed and bloody.  She was motionless and made no sound.  Her father thought she was dead and turned to help one of the other girls, until he heard a gurgle coming from her throat.  Her head was subjected to forces that broke most of the bones of her face.  Both girls had to be rushed to Portland for emergency trauma and surgical care.

The foreign corporation that owned the bus, managed the bus operations, and employed the driver was engaged across North America in the business of transporting for profit millions of school children and others, including the transportation of school children in school buses throughout Oregon.  The Court appointed a conservator for each of the injured girls, and the Conservator retained The Corson & Johnson Law Firm to prosecute their personal injury cases.

In the course of the cases brought on behalf of the two injured girls, it was discovered that the school bus corporation:

It is difficult to try to describe the girls’ injuries without the sense that any discussion minimizes the injuries or their effects on their lives.  To understand the extent of the losses, it is important that each injury for each girl be considered separately. What is described below is for just one of the two girls.

That girl sustained basilar skull fractures in the crash.  The basilar skull is the solid bone plate upon which the brain rests.  Enormous force is required to fracture the basilar skull.  When she arrived at Legacy Emanuel Hospital, she had pinpoint pupils and blood coming from her ear.  For days, she was agitated, confused, and had poor safety judgment, and she was monitored closely and restrained.   She still has no memory of those initial days of hospitalization.

She had multiple jaw fractures. Films taken at the time show a hole in the jaw.  As a result of these fractures and fractures to the maxilla and damage to her teeth and gums, she permanently lost nine teeth.  For years after the bus crash,  she lived without these teeth, hoping that the bone graft from her hip placed in her mouth would heal enough that dental implants could be placed.  Unfortunately, the first bone graft did not take, and she had to undergo the procedure again.  Her jaw clicked, and with the jaw pain and the missing teeth, she had difficulty eating solid food and was completely unable to eat some foods, such as apples and popcorn.

She received a brain injury with persistent painful headaches, reduced cognitive abilities, and vision disturbance.  She also had depression and post-traumatic stress disorder.  She had difficulty reading, difficulty looking at a computer screen, and difficulty remembering her appointments.  Virtually all of the activities she enjoyed before the bus crash were taken away from her.

The girl’s total economic losses and needs were evaluated by a respected Life Care Planner to be between in the many millions of dollars.

Reflections on these cases

Thankfully, few people ever have to go through the truly David-versus-Goliath experience of going up a multi-billion dollar international corporation.  Until one has had the experience, it’s hard to appreciate what the injured person is put through.  One example out of many is outlined briefly below.

Parties in litigation are obligated to turn over certain requested documents and to give testimony under oath.  In the first part of the case, the transportation company’s witnesses swore under oath that the corporation did not know about the bus driver’s serious health problems and prescription drug use before the crash.  In response to the requested documents, the corporation did not turn over a medical authorization that would have allowed it to know about these safety-critical matters.  The corporation’s position was that it could not be to blame, because it did not and could not know.

But it turns out that was simply not true.  We later tracked down where the driver had received his driving medical exams, and issued subpoenas to those clinics. In response, we learned that the transportation corporation had in fact provided medical authorizations its driver had signed, which allowed the disclosure of the driver’s medical records to the corporation.

The school bus corporation vigorously defended the claims brought on behalf of the injured girls going through multiple adjusters and two defense law firms in the process.  Most of our law firm worked on the girls’ cases, over a period of three and a half years for one, and six years for the other, devoting thousands of hours of time.  Each case was settled for a confidential amount shortly before each trial, on terms that were approved by the Court.

Afterward. Attorney Lara Johnson noted, “these cases were hard fought, with every step involving push back from the other side. The work was necessary to help put a family’s life back together and to provide resources for them to obtain necessary medical care going forward.”