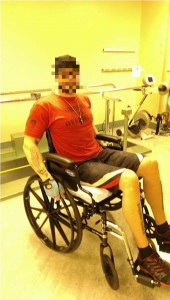 When Americans vow to protect our country in the Armed Forces, we recognize that commitment by vowing to protect them once they return home as Veterans. When that protection lapses, the consequences can have devastating effects on Veterans who rely on the services they have earned.

This was the tragic reality for Jacob*, a Marine Corps Veteran. We represented Jacob in a case against the Veterans Administration (VA), which failed to properly diagnose and treat him, resulting in a lifetime of pain and disability.

A Post-Discharge Injury Changed Everything

Jacob served our country overseas in the Middle East, suffering from debilitating combat-related Post Traumatic Stress Disorder (PTSD). He was honorably discharged and sent home, where he began looking for ways to cope. Eventually, he found that CrossFit and weight-training exercises helped alleviate some of his stress and anxiety.

During one weight-training session, Jacob heard a loud pop in his back, which was followed by a wave of extreme pain. He immediately went to the emergency department at the closest VA Medical Center, but the emergency physician did not order any imaging, diagnosed it as a muscle strain, and sent him home. Jacob followed the doctor’s orders. 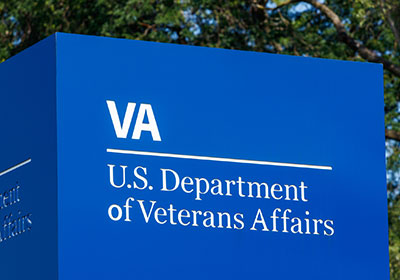 The Veteran’s symptoms worsened, and he experienced new symptoms, including numbness in part of his lower body. Those symptoms are characteristic of Cauda Equina Syndrome, a condition caused by damage to nerves at the base of the spinal cord. Jacob called the VA, but when he could not reach a medical provider, returned to the VA emergency department. The same emergency room physician saw Jacob again and sent him home a second time, again without ordering imaging, and without even creating a medical record of his second visit.

Jacob made numerous phone calls to the VA healthcare system. He reported his symptoms, including his increasing neurological deficits and “saddle numbness,” to the nurses who answered the calls. Eventually, the VA called him and scheduled an appointment for him with his primary care physician for the following day.

At that appointment, an MRI was finally ordered, which revealed significant spinal nerve compression that had required emergency spine surgery within the first 24 hours. Jacob’s surgery was delayed yet another day before he was finally treated. This type of injury can be fully healed, if treated quickly. But as a result of the negligent delay in medical care, Jacob suffered permanent incomplete paraplegia with bowel, bladder, and related organ dysfunction.

We sought (and won) financial compensation to cover Jacob’s future medical care needs and for the lifetime of pain and disability he will experience as a result of the negligent medical care.

The Marine Corps vows in its motto, “Semper Fidelis” which means, “Always Loyal.” Veterans deserve to be returned the commitment and loyalty they give to their country, and we are honored to assist them.