“The best thing about my job is being able to help someone from the beginning of the case to its resolution, helping with whatever comes up, and I hope giving them the sense that I’ve been in their corner the whole time.” 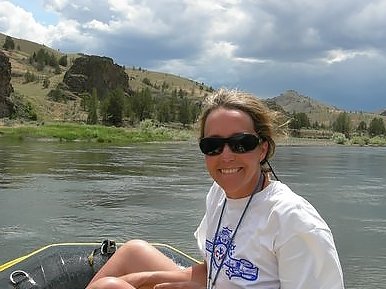 Lara grew up in Oregon and went to college at McGill University in Montreal, Canada where she received an Honor’s Degree in Political Science. She was actively involved in the Debating Union at McGill, competing internationally.

Lara was attracted to the legal profession because of her interest in advocacy and her desire to help people in a tangible way. She graduated in 1993 from Case Western Law School in Cleveland, Ohio where she was recognized with American Jurisprudence Awards for Torts and for Oral Advocacy and Brief Writing. She was actively involved with the Students for Public Interest Law Fellowships, a student group which financially sponsored public interest law summer clerkships.

Lara’s professional memberships and recognitions include:

Before Corson & Johnson, Lara was previously Of Counsel with Johnson, Clifton, Larson & Corson. She is the immediate past president of Direction Service, a non-profit that helps people with special needs and their families. In addition, Lara is a member of the Governor’s Elder Abuse Prevention Workgroup, as well as a former community reporter for the Oregonian’s online newspaper where she reported on the South Eugene boys soccer team. Lara lives in Eugene, Oregon with her husband and law partner Don Corson, and their two children. They enjoy traveling, skiing, and hiking.