In times of need, we have no choice but to put our lives and the lives of our loved ones into the hands of hospitals.   We count on hospitals to have medically accepted systems in place and to follow correct procedures. We are thankful when that happens and the system works properly and does its job.

Sadly, hospital system errors are estimated to cause over 400,000 patient deaths in the United States each year, according to a 2013 study published in the Journal of Patient Safety.  This figure doesn’t count injuries in hospitals. Hospital system errors are the third leading cause of fatalities in our country (after heart disease and cancer), and dwarf the number of deaths from auto collisions, homicides, AIDs, and other more-publicized causes.

It should not be this way.  Decades ago, the airline industry adopted the goal of zero airplane crash fatalities.  That industry overhauled procedures from top to bottom, and the number of lives lost in airplane crashes plummeted.  Perfection is not the standard, but in the exercise of reasonable care, preventable losses can be avoided. “Reasonable” care does not mean average care, but the level of care required by the exercise of reason, in light of the risks and the ability to avoid or reduce those risks.

The hospital industry has taken some steps in the right direction.  About 82% of hospitals are accredited by The Joint Commission, which issues detailed standards that hospitals should follow.  When those safety standards are violated, patients can be injured or killed.

But since the healthcare industry accounts for about one out of every six or seven dollars in the economy, its influence is staggering.  The healthcare industry enjoys shorter statutes of limitation, immunity from punitive damages for reckless misconduct, the ability to keep important information about its negligence from juries and the public, and other advantages that make it difficult for patients to hold negligent hospital systems  accountable. Between the misleading industry public relations campaigns and the laws that tilt the playing field in favor of the industry, winning a legitimate hospital negligence case can be difficult.

Health care system failure cases are among the most vigorously defended cases in the court systems.  As a consequence, they are expensive to prosecute and are exceptionally challenging. Most Oregon counties do not have a single attorney whose practice primarily deals with health care system failures.  Any person or family considering such a case needs the counsel and advocacy of an attorney or law firm that has successfully tried these kind of cases and is willing to devote the skill, care, and diligence required.  We are one of those law firms. 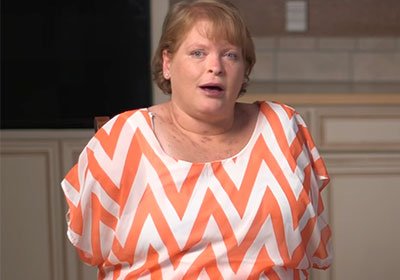 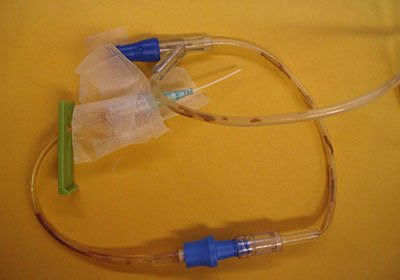 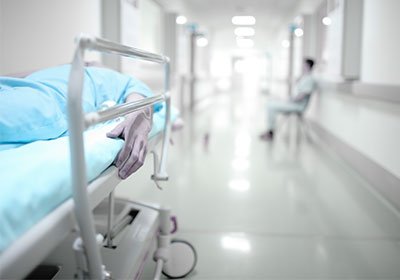 Read More
The attorneys at Corson & Johnson have helped countless individuals and families over the past three-plus decades.
Please click on the Read More Cases link highlighted below to see additional Hospital Negligence case examples.
If you think you may have a case, please call, email, or text us; we would be happy to talk with you.
Read More Cases

They handled my moms case. Truly the most supportive, informative, caring legal team ever!!! It’s been almost a decade since they represented my mom, and I still talk about them frequently on the amount of care and work they put in. Don Corson is an amazing lawyer, I don’t think there could be anyone better. Thank you so much Corson & Johnson for taking such good care of my mom and always being in our corner ❤️

“After my husband, Lee, was inadvertently overdosed during a routine heart surgery the hospital refused to take any responsibility for the injury they helped to cause. He went from being a strong, intelligent, totally independent man to being completely disabled. He suffered a global anoxic brain injury leaving him physically and mentally handicapped. The hospital said they felt bad for him and the family but his injury was not caused by the 18 times too much Amiodorone he was administered. Thanks to the hard work and dedication of the entire team at Corson & Johnson Law Firm a jury found the anesthesiologist that administered the drug, the group that employed him and the hospital to be responsible and awarded my husband a significant settlement. I wish I could put into words how much the caring and compassion of Don meant to our entire family. He took charge and walked us through the entire process. He was, and still is, a highly valued family friend!”

“I was injured several years ago in a mill accident near Grants Pass. Unfortunately, the doctors who treated me after the accident made several mistakes, leaving me partially paralyzed for the rest of my life. Don Corson took my case to trial and the jury awarded me the largest medial negligence or personal injury verdict in the county’s history. In representing me, Don was honest about the strengths and weakness of my case and thorough in his preparation for it. At the trial, he was well-prepared and quick on his feet. I was very impressed with him, as were the numerous court employees who came in to watch him in trial. I would absolutely recommend him to my friends and family.”

“My beautiful healthy 45 year old wife, Mary, died suddenly in her sleep due to a fatal prescription drug combination. Mary’s physician had prescribed an antihistamine and an antibiotic, a lethal combination, warned against by both pharmaceutical companies and physician drug references. I researched and interviewed attorneys statewide before choosing the excellent firm of Johnson, Clifton, Larson and Corson. Don Corson was a firm partner prior to forming his new firm, The Corson & Johnson Law Firm. Don was the lead attorney in my case, backed by a very professional support group. Choosing an attorney in a medical malpractice case is a very important endeavor, because you will be challenged by the medical malpractice insurance industry whose resources will most likely exceed yours… choose wisely… choose the best! Don Corson in my opinion is a consummate trial attorney in case preparation and courtroom presence. Remember, the attorney you choose will be your teammate. Don Corson has the compassionate, caring human side that will make you a valuable member of that team. Don did an outstanding job of explaining a complicated case to the jury. The Lane County jury returned a substantial verdict in our favor. If you are a victim of serious injury or wrongful death, the justice of a monetary jury award may be vital to your future, but the justice of documenting a legal record of accountability will remain forever and provide spiritual healing. My beautiful wife Mary is gone, but the light of justice allows Mary’s legacy in the public record to protect others. I can offer you both an intellectual and heartfelt unqualified “yes” in recommending Don Corson as an attorney of compassion and unusual excellence.”

I have known Don for over sixteen years. We’ve associated together on a number of cases, and have shared legal analyses and tactics on complex medical and product liability matters. Don has the unusual combination of talents required of an outstanding trial lawyer. He has strong technical legal proficiency; sees the big picture; marshals the facts exceptionally well; has good relations with engineers, physicians, and other experts; and communicates well with clients and juries. In addition, he has the tenacity to see a difficult case through to the end. I’ve seen him follow through successfully on a tough case, even when it took many years of work, huge outlays for costs, and when the case had to be tried twice and fought on appeal. In my opinion, the reputation Don has established over the years is well-deserved.

“Don Corson represented me several years ago. He responded to my questions quickly and explained the whole process as to what would take place during the lawsuit in order to ease my tensions and fears. He was extremely easy to work with, very knowledgeable, and made the whole process as smooth as it could be. I would highly recommend him to anyone, as he is one of the most professional, honest, and caring individuals I have had the pleasure to know. Knowledge, integrity, and professionalism are a must in a lawyer and Don Corson is all of them without a doubt.”