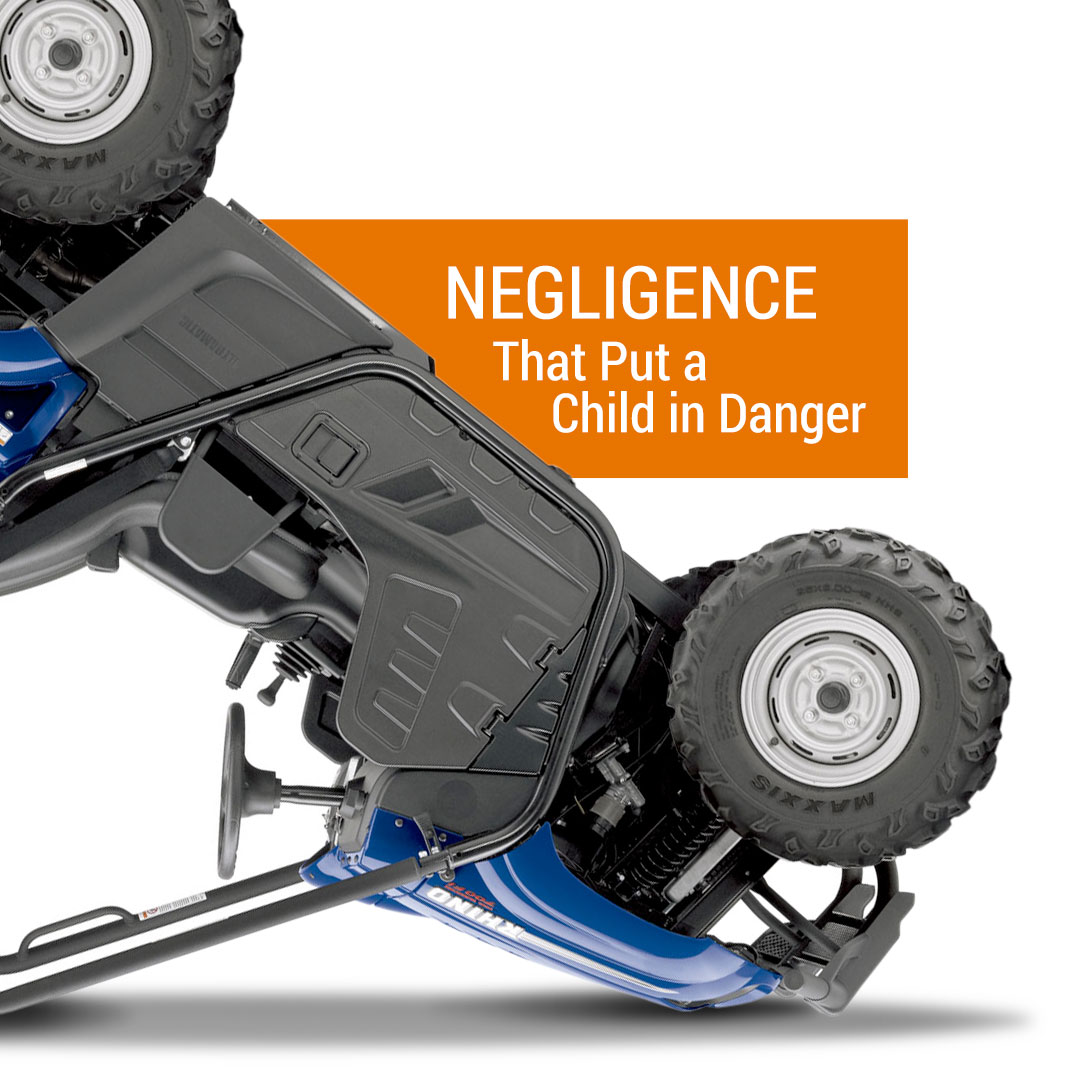 Sam* was only 11 years old when he was in a motor vehicle crash that left him terribly scarred, both physically and psychologically. The saddest fact of this case was that it was entirely preventable. Extreme negligence by the vehicle’s owner, including ignoring safety recalls, means that Sam will suffer for the rest of his life.

An Oregon trucking company has numerous large hauling, logging, and other vehicles. Among its many vehicles was a 2006 Yamaha “Rhino,” a side-by-side utility terrain vehicle (UTV). This vehicle was long known to be at risk of tipping. Yamaha had issued a safety campaign to Rhino owners that outlined the risks and offered to fix the problem free of charge. Not only did the trucking company fail to return the vehicle to the dealership for repairs that would make the UTV safe to operate, it failed to inform company employees of the problem and continued to allow people to use the vehicle for years.  During that time, there were at least one or two times when the Rhino tipped over.

The trucking company is adjacent to and fully accessible from the owners’ home. Sam was invited over during Spring break to play with the owners’ grandson. The owners left the children unsupervised with the dangerous vehicle, which had the keys left in the ignition. While the boys were playing a game of “cops and robbers” with the Rhino, Sam took a broad turn at 10-15 mph on flat ground. Just as the manufacturer had warned, the vehicle tipped over, crushing Sam’s head into the gravel. He was emergency life-flighted to a hospital in Portland with extensive traumatic injuries to the face, head, and brain.

When we investigated the case, we discovered that the trucking company and its owners:

Trust Set Up To Manage Funds

The wounds Sam suffered will never fully heal. Shortly before trial, the Court approved a settlement for the trucking company’s $2 million insurance policy limits. The Court then approved having Sam’s Conservator set up an irrevocable trust to assist Sam financially by using the net settlement proceeds for his benefit over his lifetime.

*Name changed to protect the identity of a minor.