“As someone with a working-class background, life was not always easy. I decided to become a trial attorney so I can help people who are hurt by the bad conduct of others, particularly when powerful interests are on the other side.” 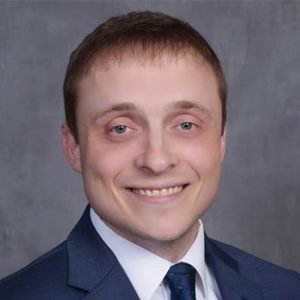 A Double Duck, Aaron graduated from the University of Oregon with a Bachelor’s degree in Political Science in 2016, and from the UO Law School in 2020. When in law school, Aaron worked for the Honorable United States District Court Judge Michael J. McShane and clerked at a local law firm. As a law student, Aaron volunteered with the Oregon Law Students Public Interest Fund, was Order of the Coif (an academic honor for the top ten percent of law students), served as Executive Editor of the Oregon Review of International Law, was a member of the University of Oregon Moot Court Board, tutored other law students, and also worked as a research assistant for a UO Law Professor.  After law school, Aaron first worked as a Deputy District Attorney before starting to represent injured people and their families.

Aaron is married, and he and his wife have a young daughter.  He’s a graduate of Willamette High School here in Eugene.