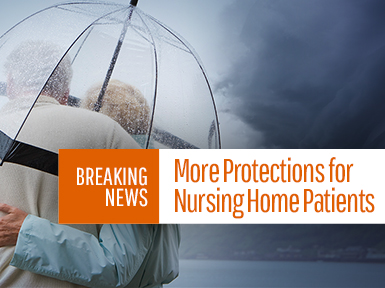 “Our elderly parents, grandparents, and other loved ones should be treated with the utmost respect, yet too many nursing homes are cited with abuses that we don’t know about like. This report from Human Rights Watch on overmedicating is horrendous,” said Attorney Lara Johnson who specialized in elder abuse cases and served on the Oregon Governor’s Elder Abuse Prevention Workgroup.

In an average week, nursing facilities in the United States administer antipsychotic drugs to over 179,000 people who do not have diagnoses for which the drugs are approved. The drugs are often given without free and informed consent, which requires a decision based on a discussion of the purpose, risks, benefits, and alternatives to the medical intervention as well as the absence of pressure or coercion in making the decision. Most of these individuals—like most people in nursing homes—have Alzheimer’s disease or another form of dementia. According to US Government Accountability Office (GAO) analysis, facilities often use the drugs to control common symptoms of the disease.

While these symptoms can be distressing for the people who experience them, their families, and nursing facility staff, evidence from clinical trials of the benefits of treating these symptoms with antipsychotic drugs is weak. The US Food and Drug Administration (FDA) never approved them for this use and has warned against its use for these symptoms. Studies find that on average, antipsychotic drugs almost double the risk of death in older people with dementia. When the drugs are administered without informed consent, people are not making the choice to take such a risk.