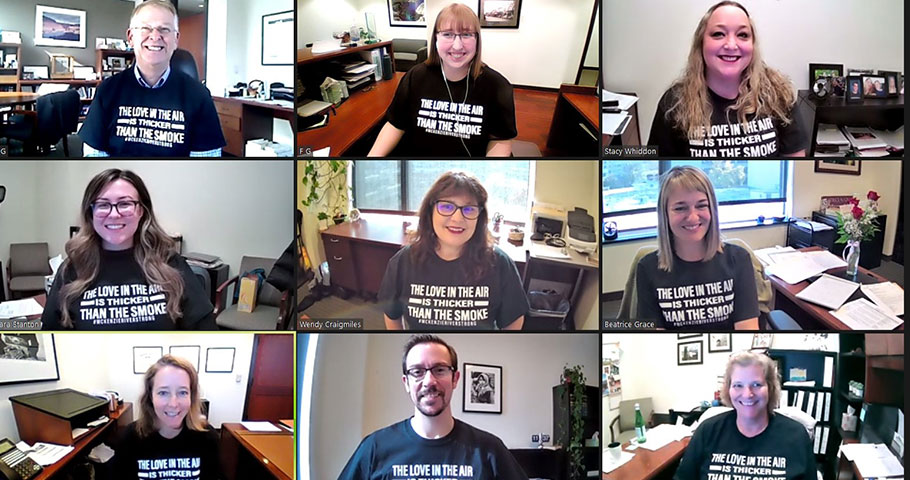 The following news article was published by The Register-Guard on October, 19th 2020

Oregon’s lawyers stepped up this month to offer free advice to wildfire victims across the state and help them navigate the complicated world of filing insurance claims for everything they lost and to rebuild their lives from the ground up.

More than 1 million acres of Oregon were lost to wildfires this year, in one of the worst seasons the state has seen. As of Monday, the Holiday Farm Fire in the McKenzie Valley was at 173,393 acres with 96% containment. 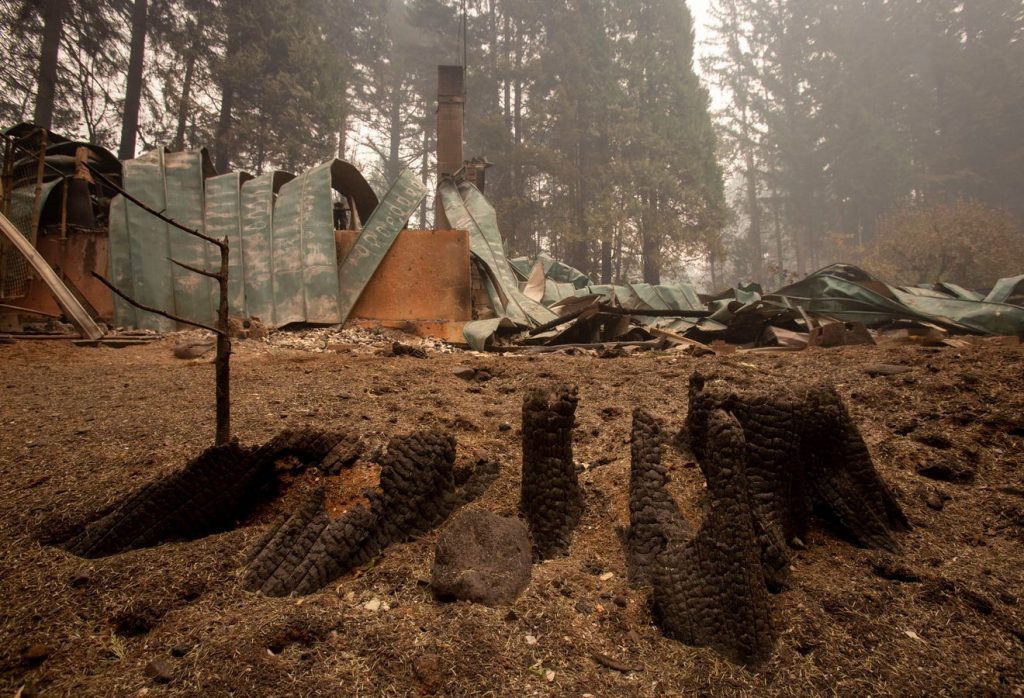 The remains of a home in Blue River that was destroyed in the Holiday Farm Fire. Andy Nelson, The Register-Guard

Thousands of homes and structures were lost to the flames, leaving people to sort out their next steps without some of their most precious belongings, and likely the most significant thing they owned: their home.

For most people, their home is their most expensive asset, and trying to get money from insurance companies can be a detailed and convoluted process, said Eugene attorney Clinton Tapper, who has worked with people that have lost their homes in house fires and wildfires.

That is why the Oregon Trial Lawyers Association decided to pull together a series of consultations events, one which was held Sunday at the Lane County Fairgrounds, for wildfire victims to get guidance.

“Some folks have been treated well — some haven’t,” said Eugene attorney Lara Johnson, who is president-elect of the association. “What we’re trying to do is help people who have had some damage to their homes, whether it be fire or smoke, or if there were expenses incurred.

The lawyers presume that most folks will be treated fairly by their insurance adjustors, she said. But after hosting a few consultation events across the state, they said that isn’t always the case.

Johnson said one man whose insurance policy included fire damage called his adjuster and noted his house wasn’t burned but had sustained a lot of smoke damage, which would still typically be covered.

“The adjustor hung up on him and hasn’t been returning his calls,” she said.

During the legal events, people are advised on basic steps such as getting a certified copy of their policy, keeping detailed notes on conversations with adjusters and saving receipts for items they’ve already had to start replacing. These actions can make a huge difference in how much money they’re able to get back.

It’s not new for lawyer associations to host these type of events in the wake of disaster, Johnson said. Lawyers mobilized in the past following 9/11 in New York and Hurricane Katrina in Louisiana to provide the same type of help. But this is the first one she’s participated in at this scale in Oregon.

The Oregon events started after one of their members who lives in the Clackamas area had to evacuate. He was able to go to his house on the coast and knew how he would move forward. Not all his neighbors were so lucky and he looked for ways to help.

Now it’s a coordinated effort across the state, with events happening in Lane, Deschutes and Clackamas counties, to name a few. Only about 10 people attended the first event in Lane County, Johnson said, but they know so many more were impacted and likely need assistance with the next legal steps.

“It’s such an intense process,” Tapper said. “It can feel incredibly bureaucratic … It’s easy to get angry with that, but when you get angry you make silly mistakes.”

Tapper said he tries to help people first “slow down and center” and figure out how their immediate needs for the next day or week will be taken care of.

Then he advises everyone to get that copy of their policy to look through, and make sure they file their claim as soon as possible, but with a clear understanding of what they lost and what would be covered.

“The unfortunate reality is a lot of people live paycheck to paycheck,” he said, so if they lose their homes, they may be hard-pressed and the first offer from insurance may seem like the best one when really their policy allows for four times that.

“Insurance companies know that,” he said. “That’s why for me, it’s how are we going to get you through today, through the next day and if we go through the process we can get you what you’re fairly owed.”

He encourages documenting everything by taking notes of conversations in case the adjusters handling their case change, saving receipts, inventory everything in as much possible detail the first time to avoid issues with their claim, and paying attention to how much time has gone by because the typical statute of limitations for payout is two years.

Johnson and Tapper acknowledge it’s a lot for people who have undergone a trauma to go through and hope that despite the low turnout, people will be able to get the resources they needed.

They also are likely to add more consultation events in the near future, Johnson said, including some via Zoom to connect with more people.

More information, including step-by-step videos, can be found online at oregontriallawyers.org.

The Oregon Trial Lawyers Association has established a hotline and pro bono resources to support victims of fire-damaged homes, businesses and property by providing free consultations about insurance claims. The hotline is 800-809-0616 (9 a.m. to 5 p.m. Monday through Friday), or people can email otlafirehelp@gmail.com. There are more resources, including videos with advice about insurance claims, at oregontriallawyers.org/fireresources.