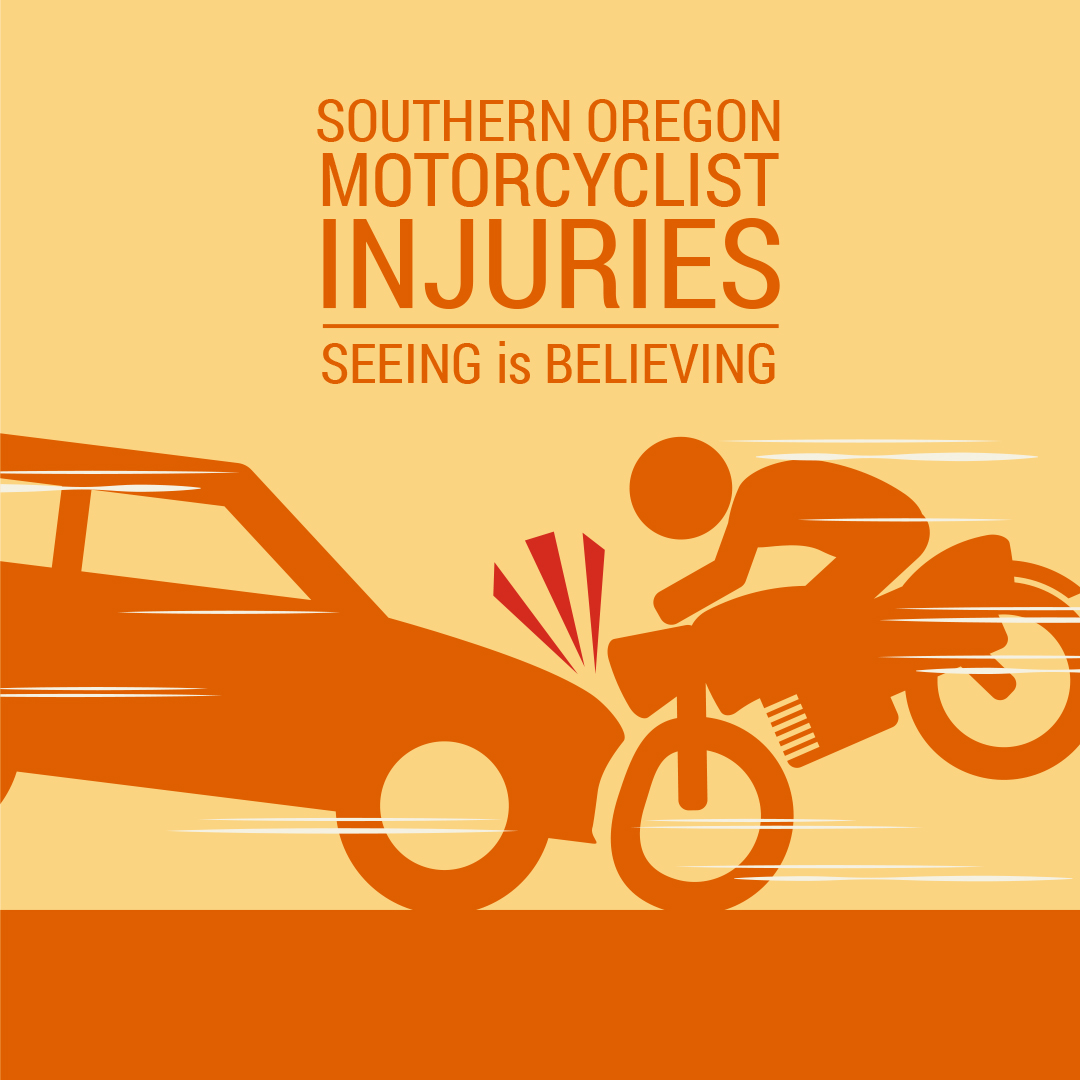 A young driver with a new provisional license was driving at night toward a mini-market in Grants Pass. Coming in the opposite direction was a motorcyclist, his headlight on, heading home. The young driver hesitated, then suddenly turned directly in front of the motorcycle, hitting him head-on. The motorcyclist was thrown over the hood and into the car’s windshield. He was in pain and unable to move when he realized that something was wrong with his foot, which felt cold. His heel had become traumatically separated from his foot.

The motorcyclist suffered a low back vertebra fracture and a broken hand in addition to the avulsion and laceration of his heel. When he was discharged from the hospital, he was unable to walk. He initially required a wheelchair, but with treatment, he progressed to a walking boot and cane and continued to work hard toward as much recovery as he could accomplish.

The insurance company for the at-fault driver settled for the amount of the policy limits. The motorcyclist’s insurance company was not as forthcoming with underinsured motorist benefits. Resolution of the claim illustrated the old saying that a picture is worth a thousand words. The hospital records presented a dry medical description of the injuries. It was only after the insurance adjuster saw close-up photos of the separated heel that the motorcyclist’s underinsured motorist claim was settled for those policy limits.

Keeping Riders and Drivers Safe on the Road
Unfortunately, deadly motorcycle crashes in Oregon are up almost 20 percent. We’ve all seen the signs: Look Twice, Save a Life. In too many cases, it’s not happening. What would be a minor accident in a car would be a fatal one for motorcyclists. Listen to Law and You Podcast on this topic.

Motorcycle Defects Sometimes a Factor in Accidents
The main causes of these crashes are visibility issues with other motorists and lack of experience and training on the part of motorcycle riders. Product defects are also a factor, including cases of newer tire failure; strange wobbles or noises immediately before the crash; or when a motorcycle malfunctions for no apparent reason. Listen to Law and You Podcast on this topic.