“I became a lawyer to help people. I am honored to work on behalf of my clients every day to reach a positive outcome.” 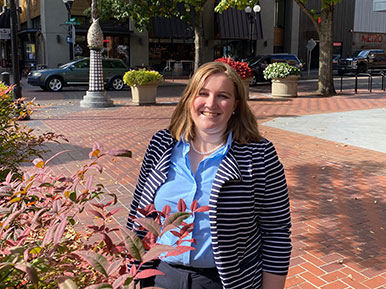 Before starting at Corson & Johnson, Suzanne clerked for Multnomah County Circuit Court Presiding Judge Bushong, who was responsible for the busiest court docket in Oregon.  In law school, Suzanne was a law clerk at the Yamhill County District Attorney’s office, a law clerk at the Child Advocacy Section of the Oregon Department of Justice, and served as Chair of the Mock Trial program for high school students.

Suzanne is licensed to practice law in all courts of the state of Oregon.

When Suzanne is not working, she enjoys traveling, reading and playing with her cats. In her free time, she has volunteered for the Start Making a Reader Today (SMART) program.