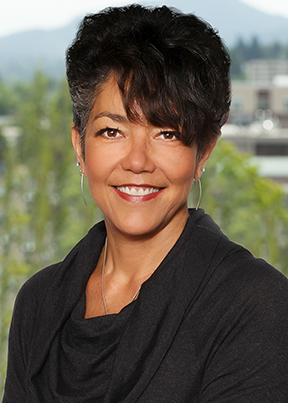 In Vasquez v. Double Press Mfg., Inc., 364 Or 609 (2019), the Oregon Supreme Court affirmed not imposing the ORS 31.710 cap on noneconomic damages. However, the reasoning likely reopens the post-Horton question of whether imposing the $500,000 statutory cap in severe injury cases violates the remedy clause of the Oregon Constitution.

Mr. Vasquez suffered an on-the-job injury that crushed his spine and left him with paraplegia. He received workers’ compensation benefits and brought a lawsuit against the manufacturer of the machine that caused his injury. After a jury trial, the trial court determined that imposing the $500,000 cap on Mr. Vasquez’ $6,199,090 noneconomic damages award would be unconstitutional under Lakin v. Senco Products, Inc. The Court of Appeals affirmed that decision just before the Supreme Court decided Horton v. Oregon Health Sciences University and overturned Lakin. On remand, the Court of Appeals again affirmed, this time by applying the remedy clause analysis suggested in Horton, concluding a second time that imposing the statutory cap of ORS 31.710 would be unconstitutional.

READ MORE
On review, the plaintiff reasserted that his claim was “subject to” the Workers’ Compensation statutes within the meaning of the ORS 31.710 exceptions to the noneconomic damages cap. The Oregon Supreme Court agreed. Because the Court does not reach constitutional questions when the legal issue may be fully addressed by statute, the Court’s Vasquez decision did not address the Court of Appeals’ post-Horton remedy clause analysis.

In two earlier opinions, the Court of Appeals had relied on its Vasquez analysis to conclude that imposing the noneconomic damages cap would violate the remedy clause. The Court of Appeals cited Vasquez when it determined in Rains v. Stayton Builders Mart, Inc., 289 Or App 672 (2018) that imposing the statutory cap on a loss of consortium damages award was unconstitutional. The court next applied the Vasquez analysis when it concluded in Busch v. McInnis Waste Systems, Inc., 292 Or App 820 (2018) that imposing the cap on the jury’s $10,500,000 noneconomic damages assessment would violate the remedy clause. Rains later settled and Busch was held in abeyance pending the Supreme Court’s decision in Vasquez. Accordingly, the Supreme Court’s decision in Busch likely will be key to understanding whether and to what extent ORS 31.710’s cap on noneconomic damages is unconstitutional when applied in serious injury cases.

A former clerk for two Oregon Supreme Court justices, Lisa is known for her aggressive pursuit of the proper outcome for clients who have suffered a personal, economic, or business injury.

Mr. Sloan sought medical care after a fall at home. He was initially treated at the Providence ER by Apogee’s doctors and then released to a skilled nursing facility, where his condition worsened. Twelve days later, Mr. Sloan died of multiple displaced rib fractures, bleeding into the right chest cavity, and a collapsed lung resulting in respiratory failure. At the jury trial on medical negligence claims brought against Providence and Apogee for failing to diagnose and treat Mr. Sloan’s fractured ribs and internal bleeding, Defendants argued that Mr. Sloan did not initially have those injuries and that they most likely resulted from later negligent conduct at the skilled nursing facility. Because the nursing facility was not named in the lawsuit, the plaintiff requested the jury instruction on a tortfeasor’s liability for the subsequent conduct of a third party (UCJI 20.07 – Liability for Subsequent Conduct). The trial court refused to give that instruction, and the jury found that Apogee was negligent but that Apogee’s negligence was not a cause of Mr. Sloan’s death.

The Court of Appeals concluded that the trial court had erred in not giving the requested instruction. Defendant obtained the Supreme Court’s review of that decision, arguing that (1) foreseeability principles do not apply in cases arising from a special relationship (such as that of physician-patient); (2) the requested instruction is an incorrect statement of the law; and (3) the error was harmless because the jury had been instructed on how to assess fault when there is more than one cause of the harm.

The Supreme Court concluded that foreseeability principles apply to medical negligence cases arising from a special relationship and that the requested instruction is a correct statement of the law. The Court also concluded that it was important for the jury to understand that Apogee could be liable for the subsequent conduct of another given Apogee’s theory of the case. Such an instruction is distinct from an instruction that asks the jury to determine which of two or more causes of injury are more probable than not. It asks the jury to determine, in light of the original tortfeasor’s negligence, whether that negligence caused injuries arising from reasonably foreseeable subsequent conduct and risks of harm.

A University of Oregon student was seriously injured when the driver of another car ran a red light at an intersection. The student sustained a concussion, injuries to her neck and back, and severe injuries to her knees. The knee injuries eventually required two surgeries.

The adverse insurance company refused to accept responsibility, claiming that there was no hard evidence of who had the green light and who had run the red light. The adverse driver’s story on that point changed after she left the scene. No independent eye-witnesses could be found.
READ ALL

A young driver with a new provisional license was driving at night toward a mini-market in Grants Pass. Coming the opposite direction was a motorcyclist, his headlight on, heading home. The young driver hesitated, then suddenly turned directly in front of the motorcycle, hitting him head on. The motorcyclist was thrown over the hood and into the car’s windshield.