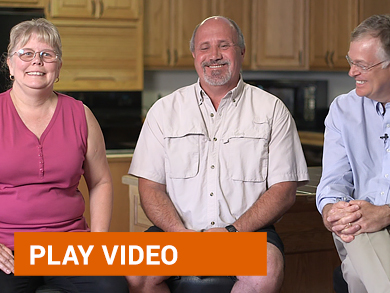 This segment of The Law and You features Eugene, Oregon personal injury trial lawyer Don Corson speaking about a case where he helped  Larry Woody, who went blind due to an collision caused by a truck.

What started as an ordinary drive for Larry Woody resulted in a catastrophic injury that would affect him for the rest of his life. Larry was driving on I-5 when he spotted a tractor-trailer rig moving at top speed, crossing the median and coming right at him. Although he did his best to reduce the severity of the impact, the crash resulted in Larry becoming permanently blind.

Once Larry got home from the hospital, he got in touch with Don Corson, who took on his case. During his investigation, Don and his team discovered that the trucking company’s insurance was not adequate to cover the harm done to Larry. As it turns out, the trucking company had not received the amount of insurance it had asked for.

In order to get Larry the help he needed, Don went on to represent the trucking company in a lawsuit against their insurance broker. The settlement from that case were then given to Larry, who went on to own and operate an auto repair shop in Oregon, refusing to let his injuries prevent him from living his life.