The Corson & Johnson Law Firm is proud to announce The Lawanda Manning Memorial School of Law Scholarship.  This fund provides financial assistance to incoming first year law students at the University of Oregon School of Law from diverse backgrounds.

The scholarship is intended to help the law school recruit more diverse students, and assists students with expenses related to attending their first year at the School of Law, including tuition, fees, books, miscellaneous supplies, and room and board.

To learn more about Lawanda Joyce Manning, read her biography below. 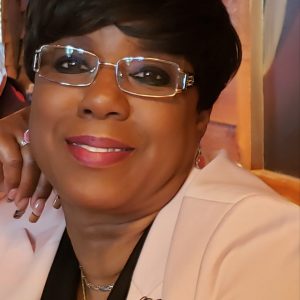 Lawanda Joyce Manning was born January 7, 1955 in Kansas City, Kansas. She graduated from Southeast High School in Kansas City, Missouri, earned a Bachelor of Science in Business Studies from Southern New Hampshire, and later a Master of Business Administration (MBA) from Northwest Christian (Bushnell) University.  Lawanda’s banking career spanned over 30 years. She was known for her excellent customer service in her work for both private banks and for banks serving military servicemembers and their families.

After moving to Eugene after her husband James retired from active military duty in 2007, Lawanda took on many community roles focusing on education, housing, and community engagement. Lawanda’s passion for educational opportunities for all prompted her to co-found the Oregon Black Education Foundation (OBEF), where she served as treasurer. During her OBEF tenure she helped award over eighty thousand dollars in scholarships and educational resources such as free computers for underrepresented and low-income students.  This scholarship honors her legacy by continuing support for education.

Oregon’s Governor appointed Lawanda to the Commission on Black Affairs, where Lawanda served as Chair.  Lawanda also served on the Oregon State Board of Psychologist Examiners.   She was a member and past President of the Eugene Chapter of the National Association for Professional Women.  Lawanda served on the Board of Directors and as Secretary for the Society for Human Resource Management. She was a member of the St. Mark CME Church, where she served as Church Secretary.  A full list of Lawanda’s professional and volunteer involvements would be lengthy.

Lawanda shared her professional experiences with young students while campaigning with her husband.  As Chief of Staff for Oregon State Senator James Manning, all kinds of people called her to discuss a variety of issues because she was a great listener and a trusted informal advisor. In the Capitol, members of both parties, including the Governor and the Senate President,  visited Lawanda at her office to talk about non-legislative issues.  Lawanda mentored legislature interns, making all feel welcome.